I have to admit that the fact that Kdrama couples are “pushed” after filming has become “obvious”. The reason is because of their super good interactions, plus their sweet behind-the-scenes moments. And yet, many of our screen couples carefreely show their affection on social networks. It is these obvious “hints” that make the public even more “semi-credible”.

However, when the couple’s fans were not happy for long, suddenly the insider was revealed to be dating. And so the “boat” that just “set out to sea” was “sink”. Let’s take a look at a few special cases like that!

Recently causing a stir around the internet is the dating rumor of Park Min Young and the CEO of a cryptocurrency exchange. According to a source from Dispatch, our “Secretary Kim” has been in a relationship for a long time. I see in the released photos that quite clearly record the appearance of Park Min Young and the man who is said to be her boyfriend walking side by side.

This is making hard fans of the blockbuster Secretary Kim What’s wrong? ( What’s Wrong with Secretary Kim? ) messed it all up. Especially for those who have been “shipping” enthusiastically for the Park – Park couple.

Surely you still remember, Park Min Young – Park Seo Joon became the focus of attention on social networks after the “broken love” collaboration in the movie What’s Wrong With Secretary Kim? They were even dubbed the “king – queen of chemistry” that made the audience fall in love.

During the time when the news of the “fake movie is real”, I saw that the couple revealed “hint” of dating 7749 times. Which is to wear a pair of clothes, a pair of rings, a pair of shoes, the background to take pictures in the same place,… At times like that, people are constantly “howling” when thinking that the “boat” is about to “arrive” wharf” here.

However, according to several sources, the actress once denied those rumors in an interview. This makes the public feel extremely regretful. And recently, Park Min Young’s dating rumors were released, making fans of the couple Secretary Kim What’s wrong? sad because the “boat” has a high risk of “sinking”.

In early 2022, after the “explosion” of Dating in the Office ( A Business Proposal ), the two names Kim Se Jeong and Ahn Hyo Seop became the focus of attention by a series of “super love” moments from the Drama. until in real life.

The love behind the scenes is not enough, I also discovered that the couple often gives “winged” compliments and is not afraid to share photos together on social networks. The actions that show the couple’s concern for each other at all times makes it impossible for me to stop “pushing the boat”.

And that’s not all, Kim Se Jeong once shared that she had “fallen in love” with Ahn Hyo Seop when he shaded her from behind the scenes of the movie. That said, the couple is still extremely loved by the audience and looks forward to a relationship after the movie ends.

However, while the couple’s fans were still floating in happiness, suddenly the dating rumors of the boys were released. I remember back then, Ahn Hyo Seop was said to have had a girlfriend named Park Ji Hyun, who was also an actress. The two have not only recently fallen in love, but have been together for 5 years now.

Although the insider has not confirmed anything, I see that the “boat” of the main couple “To – Tuoc” is already on the verge of “sinking”. Until now, the couple also spend less sweet actions and care about each other on social networks.

Well, everyone has their own way to develop themselves. Hopefully one day, I will see a new work – where this cute couple reunites.

Surely fans of Korean romance movies still remember the quality interaction of Park Shin Hye and Lee Jong Suk in the movie Pinocchio . Not only having a youthful and radiant appearance like “having a husband and wife”, the couple’s “chemical reactions” were able to “cut the heart” of the audience at that time.

Besides, Shin Hye and Jong Suk are both famous young actors. If both “fake movies, real love”, I think this is definitely one of the hottest “hot” talented boys and girls in the Korean entertainment industry. Even Dispatch once gave information about the secret meetings of Lee Jong Suk – Park Shin Hye, making people “suspect”.

But then, when the dating information of the couple Park Shin Hye – Choi Tae Joon was confirmed by the management company, most Pinocchio fans  expressed their regret when the boat “sunk”.

And then at the beginning of 2022, Choi Tae Joon officially took her home. The couple’s sweet wedding is the “end” for all “boats” that have been “pushed” with Park Shin Hye, including Lee Min Ho.

2 years ago, the movie ” It ‘s Okay to Not Be Okay ” aired immediately created a “fever” all over the internet. And of course, the main couple Kim Soo Hyun and Seo Ye Ji also caught the attention of couple fans.

Both are among the top actors who have the ability to be recognized by critics, but it is not the first time that they have the opportunity to work together, so the fact that Kim Soo Hyun and Seo Ye Ji plays a love scene is “sweet as sugarcane”. nothing strange.

Even in the introductory images released by the producer before each episode, the couple can still make the audience admire, “twisted” at the couple’s beauty and good interactions. And that’s not all, when they were paired on the award ceremony stage, they were seen by netizens as “the husband and wife”.

However, in the midst of the peak of her career, “crazy woman” Seo Ye Ji was involved in a noisy private life related to love affairs. I remember at that time, the controversy related to Seo Ye Ji “manipulating” her boyfriend Kim Jung Hyun shook the Asian media.

The career of the beauty of the Seo family is also because it is retrograde. One is that she already has a boyfriend, the other is that her true personality makes Seo Ye Ji – Kim Soo Hyun couple fans unable to “row the boat” anymore.

As a couple fan, who wouldn’t expect the “boat” we “row” to “dock safely”. But when the insiders have found a place, they have to bless them, but now I don’t know why. Do you see any other Korean movie couples like this? Let’s share now! 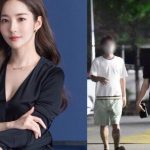 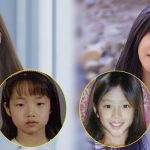