A huge power that built power and wealth over the death of others collapsed in front of the three sisters. The tvN drama ‘Little Women‘, which deals with the story of three poor sisters digging up the ugly truth, ended with popularity on the 9th. The last episode had an audience rating of 11.1%.

Oh In-kyung, the second of three sisters, is a reporter who digs up the truth. No matter how poor she is, she refuses to accept unclean money. Nam Ji-hyun takes on the role of In-Kyung, where pride is more important than money. I met Nam Ji-hyun at a cafe in Gangnam-gu, Seoul on the 4th. She wore a pastel-toned shirt over a white t-shirt. She was dressed in an outfit reminiscent of Inkyung.

Actor Nam Ji-hyun, who plays the role of In-Kyung in the tvN popular drama ‘Little Women’, is posingProvided by management forest.

She recalled the first time she encountered the character In-kyung through the script. Nam Ji-hyun said, “As soon as I read the script (about In-kyung), I thought that I would like it or not. She said, “It was interesting to see the different reactions among viewers after the work was released,” she added.

At first, she said there were moments when even she did not understand In-Kyung. In fact, she went out to find the answer by consulting a reporter. “I wondered if such a person existed in real life. However, the advisory reporter said, ‘The reporter seems to be a person who finds the truth he wants by following one thing to the end and feels a sense of pleasure and fulfillment in showing it to the public.’

Read Also: Kdrama beauties of the past and present: Park Min Young who was not very good is now famous as alcohol

Nam Ji-hyun thought that she had no resemblance to In-kyung herself. But she laughed, saying she was surprised that people around her looked like In-Kyung. At the same time, she picked the part of In-kyung’s line, “I’m a slow but sure a work type,” as something similar to her.

‘Little Women’ is written by Jeong Seo-kyung, who is famous for the movie ‘Decision to break up’. Nam Ji-hyeon said, “I started acting in a strange way because there are many lines that I can feel the writer’s handwriting.” The drama was also talked about for its detailed mise-en-scène. Nam Ji-hyeon said, “The director asked me to remove a light chip from the corner of the cupboard during the first filming. I tried to express how the door tilts over time,” She said.

In-kyung was a new challenge for Nam Ji-hyun. In particular, the setting of alcoholism was unconventional for Nam Ji-hyun, who has been mainly in charge of characters with a good image. Inkyung put alcohol in a gargle and drank secretly during work or got drunk and climbed onto a telephone pole with CCTV installed.“I thought I could show something different from what I’ve shown so far. Before that, I took on a lot of characters that everyone had to support because they were bright and full of energy, but Inkyung was a character with a strong personality.”

Nam Ji-hoyun, who made her debut in 2004, is already in her 19th year as an actress. She graduated from Sogang University’s Department of Psychology while working as an actress. Starting with his child role, and continued to pursue studies and acting at the same time. Nam Ji-hyun, who is 27 this year, said about the upcoming 30, “I wonder what it will be like, but I’m not scared or afraid.”

“I have been a student since I started working. It’s the first time in my life that I’m only working, so there are a lot of things I want to do right now. It’s only been two or three years since I debuted as a professional. It’s really fun.” 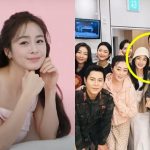 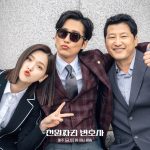