(the uncanny counter season 2) has confirmed the actors and channels and is preparing for the sortie in earnest.

As a result of checking News 1 on the 11th, it will be aired on tvN with the lead cast of the drama. Unlike season 1, which aired on OCN in 2020, two years ago, season 2 confirmed the tvN broadcast and started preparing for departure in earnest.

The outline of the main cast was also revealed. The main character who led season 1, Jo Byung-gyu and Kim Se-jeong, is considering joining season 2. On the same day, HB Entertainment announced on News 1 that actor Jo Byung-gyu received an offer to appear in ‘Wonderful Rumors 2’ and is considering it. Previously, Kim Se-jeong’s side also informed that it was reviewing positively.

Actor Jin Seon-gyu was also offered to appear in the drama. As an actor who did not appear in season 1, expectations are gathering that he will show a new atmosphere and character in season 2.

‘The Uncanny Encounter’, a dramatization of the webtoon of the same name, is a fantasy hero in which demon hunters counters disguise themselves as noodle shop employees to defeat earthly demons. In Season 1, actors Jo Byung-gyu, Yoo Jun-sang, Kim Se-jeong, and Yeom Hye-ran appeared and worked together.

Season 1 of ‘Wonderful Rumors’ set a record for the highest viewership rating ever for an original series on OCN when it aired in 2020. The final episode of Season 1 had an audience rating of 11.0% (based on Nielsen Korea nationwide paid households).

Thanks to the popularity of season 1, ‘Wonderful Rumors’ confirmed the production of season 2 in January last year. At that time, the production company said, “No specific details have been set, such as season 2 filming time, formation schedule, and members to join.” 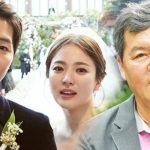 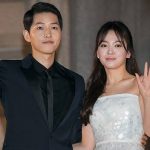