Under the Queen’s Umbrella The next drama airing on tvN’s weekend time slot this year. If I remember correctly, it’s been a long time since tvN aired a female historical drama in their most popular time slot. Although starting a long time later than other competitors in the same time frame, Under The Queen’s Umbrella can completely make a big deal in the current rating race. Here are the reasons for me to believe in the success of this film.

SKY Castle in the “historical universe”

Korean historical dramas often focus on fighting, marketing, and fighting for the rights of different individuals and factions in the royal palace. Under The Queen’s Umbrella also has the same content framework, but the details focus more on the battle of the palaces in raising and protecting their children’s rights.

Briefly reading the content of the film, I was somewhat reminded of the main plot of SKY Castle – JTBC’s hit blockbuster also focused on the exam battle of the children of rich families, where parents Especially the mother plays a very important role.

Read Also: 100 days my prince cast after 4 years with their Carrier

The quality of the acting is guaranteed by the talented cast

With films about to air, the cast is always a factor that I will consider quite carefully and then decide to follow or not. Besides the female lead Kim Hye Soo, which I will say at the end, the main cast of Under The Queen’s Umbrella also gives me peace of mind in terms of ability.

The two faces in charge of the remaining central main line are Choi Won Young and Kim Hae Sook – names quite familiar to movie lovers in the land of kimchi, especially Kim Hae Sook. This “national mother” always gives impressive performances like in Autumn In My Heart, Infamous Chil Princesses, Mother Of Mine, Start Up …So I believe that in Under The Queen’s Umbrella , the rice actress is Kim Hae Sook will still be able to show his acting level.

Read Also: Jennie’s at supercar event with her enchanting beauty event in the midst of dating news V (BTS)

Some of the names in the secondary – sideline like Ok Ja Yeon or Kang Chani are actors who are not famous but have no nugu and have more or less pocketed roles that leave an impression. Ok Ja Yeon is Mine or recently Big Mouth, and Kang Chani also appeared at SKY Castle and also played the son of Choi Won Young’s character. It seems that these two male stars are very lucky to be father and son in the movie, right? With that charm, maybe Under The Queen’s Umbrella will also be as successful as JTBC’s work.

As mentioned above, this last part will be dedicated to Kim Hye Soo – who plays Empress Im Hwa Ryeong who is also the central character of this female historical drama. There are quite a few special things surrounding this comeback of the cult star born in 1970 such as this is a rare year that Kim Hye Soo played up to 2 miniseries after her golden age of youth. Most especially, this is the return to the historical genre after 20 years on the small screen of this “big sister”.

The last time Kim Hye Soo acted in a costume was in 2002 with KBS2’s Jang Hee Bin . That role helped Kim Hye Soo win the Grand Prize – Daesang at the KBS Drama Awards and is also a memorable historical role of Korean television when it turns 21st century. After 2 decades of not acting in historical dramas, of course. people will be extremely looking forward to seeing if Kim Hye Soo in Under The Queen’s Umbrella can be as excellent as Jang Hee Bin of the 2000s.

Another thing is that Kim Hye Soo has always been famous as an actress who both plays well and chooses a good script, so any movie with her as the lead will be enjoyed by the audience. It’s not that much of a “burden” for the movie, but definitely Kim Hye Soo is the most attractive factor in the cast for Under The Queen’s Umbrella to be noticed.

Under The Queen’s Umbrella will air from October 15 every Saturday and Sunday on tvN. There are so many reasons to watch like this and there is also a “trump card” Kim Hye Soo, so I believe that the achievement of this drama will be high and it is completely possible to reach the highest rating of two children. number. Besides, it is also possible that Under The Queen’s Umbrella will also set a record for viewership in the opening episode. 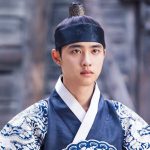 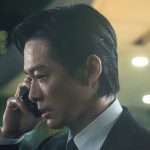