KBS 2TV’s new Monday-Tuesday drama ‘Curtain Call’, which is considered as the most anticipated work in the second half of this year, is the story of a man (Kang Ha-neul) who has received an unprecedented special to make the wishes of an elderly grandmother Geum-soon (Go Doo-shim) come true. This drama tells the story of people involved in the biggest fraud on earth.

Actors Kang Ha-neul, Ha Ji-won, Ji Seung-hyun, and Choi Dae-hoon of ‘Curtain Call’ chose the weight and message of the work as the main points to watch.

Read Also: Song Joong Ki is out of time, He has Paired with a less popular…

● I was confident that it would be a work where you can feel the importance of family, such as the solidity that comes from the majestic biography of a strong woman Geum-soon, and a strong supporter of life the actors reveal.

■ Kang Ha-neul, who plays the role of unknown theater actor Yoo Jae-heon, explained, “It is attractive to see Yoo Jae-heon approaching his grandmother’s last wish easily and then growing as a human being.” He added, “Ha Ji-won’s dazzling acting and beauty, and the elegance and dignity of Mr. Ko Doo-shim will give viewers a sense of happiness.”

■ Ha Ji -won, who plays Park Se-yeon, who tries to protect the hotel paradise established by her grandmother Geum-soon, said, “We are all born and play a role in our lives. In that sense, ‘Who am I?’ ‘How do I live and what role I play?’ It is a work that you can think about at least once. It will be a wonderful work for the viewers as we both live our lives doing our best.”

Ji Seung- hyun , who plays the role of Park Se-joon, who is in conflict with his sister Park Se-yeon by promoting the sale of Hotel Paradise , selected ‘actor’, ‘family’ and ‘story’ as keywords to watch. First, he said, “You can meet the feast of trusted actors such as Go Doo-shim, Seong Dong-il, Ha Ji-won, and Kang Ha-neul. Even when you act together, you get a thrilling thrill,” he said.

■ Choi Dae-hoon, who plays Park Se- gyu , the second grandson of Hotel Paradise and the owner of a free spirit, said, “The pain that an ordinary woman endured to survive will capture the hearts and eyes of viewers. There are points where warmth is regained again, and it will approach with a muffled sound.”

The first broadcast of KBS 2TV’s new Monday-Tuesday drama ‘Curtain Call’ will be on October 31st at 9:50 PM. 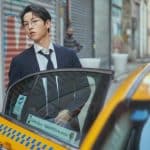 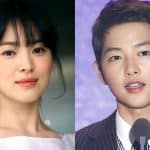