BTS V weight Exactly match your profile weight as he revealed his current weight in a picture released.

V posted a picture on his Instagram story on the 19th without any comments. In the published photo, V is standing on a scale and measuring his weight.

The number 63.4kg’ was clearly written on the scale that V stood on. According to V’s profile, he is 179cm tall, and compared to his height, V is underweight and quite thin and slim.

In addition, BTS V’s current weight exactly matches the weight of ‘63.4kg’ on his profile, showing that he cares about his body even when he is busy.

Meanwhile, the group BTS, to which V belongs, recently received the honor of being nominated in three categories at the 65th American Grammy Awards 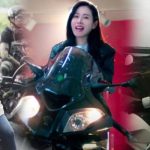