“Look who we are. we are dreamers we will make it We believe it will.”

The atmosphere reached its climax with the voice of Jungkook (BTS) on the blue ground stage like a desert night sparkling in the moonlight. The title of the song is ‘Dreamers’, the official theme song for the 2022 World Cup in Qatar. Jungkook stood on stage with Qatari singer Fahad Al-Kubaisi. The chorus, which sings about the magic that brings dreams into reality, created a mysterious atmosphere in harmony with Qatar’s ambitious plan to let the world know about the potential of the Arab world.

The Qatar World Cup kicked off grandly on the evening of the 20th (local time) at Albaite Stadium in Alcor, Qatar. The opening ceremony was held on a scale reminiscent of the Olympics, as world-renowned stage director Marco Balich, who supervised the opening and closing ceremonies of the Torino Winter Olympics (Italy) and the Rio de Janeiro Summer Olympics (Brazil), put in a lot of effort for a year. The opening ceremony, which started with the lights of the spectators’ cellphones that lit up the stands like stars in a darkened stadium, lasted for 30 minutes.

The performance opened with a conversation between actor Morgan Freeman and Ganim Al-Mufti, a Qatari celebrity who overcame tail degeneration syndrome, on a desert made of light. In the medley, which arranged and compiled the cheering slogans of the 32 participating countries, ‘Dae~Korea’ was also heard. Subsequently, theme songs that were popular in the last World Cup competitions, such as Shakira’s ‘Waka Waka’ and Kanan’s ‘Waving Flag’, came out one after another.

The finale of the theme song medley was Jungkook’s stage. Jungkook, who appeared as a large doll of the Qatar World Cup mascot Live (La’eeb) soared up and grabbed the air of a part-time job that can accommodate up to 60,000 people with dozens of dancers at once. Jungkook has also achieved musical success as a soloist, continuing a long-term success on the Billboard main single chart ‘Hot 100’ with ‘Left and Right’ in collaboration with American singer-songwriter Charlie Puth this summer.

After the performance, Sheikh Tamim bin Hamad Al Thani, the emir of Qatar, took the microphone and declared the opening ceremony in earnest. Althani said, “We are all different races, nationalities, religions, and orientations, but we are sharing this moment here in Qatar and on screens around the world. “How beautiful it is to put aside what divides us and celebrate our diversity and what unites us.”

The opening ceremony ended with a welcome message and fireworks embroidering the sky. After the opening ceremony, the festival continues for 29 days, starting with the Group A match between the hosts, Qatar and Ecuador, and ending with the final match at Lusail Stadium (0:00 on the 19th). 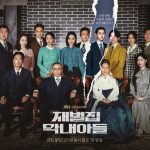