According to Star News coverage on the 29th, Rain handed over the management authority of the group ‘Cypher’, which he produced as the representative of Rain Company, to another agency. The rain decided to remain as Cypher’s producer.

In the future, it was reported that ‘Cypher’ will continue activities under other agencies, not Rain Company, and Rain will only meet them as a producer for album production. According to the media, Rain decided that a representative with more expertise than himself would be more helpful in the growth of ‘Cypher’ in the future.

‘Cypher’, which Rain spent money on a house for production, debuted only 1 year and 8 months ago. They debuted in March of last year and drew attention as idols produced by Rain. At the time, Rain appeared in a number of entertainment shows and said, “The thing I’m risking my life and death for is ‘Cypher’. The day ‘Cypher’ does well is the day I’m reborn. It seems like I’m seeing myself 25 years ago.” Showed affection.

In addition, Rain did not spare any support, such as having his wife, actress Kim Tae-hee, appear in the music video for Cypher’s debut title song, ‘I’m not interested, and making a meeting place with his best friend Lee Hyo-ri. He took the host of Cypher’s debut showcase and surprised reporters and fans with his sincerity.

Cypher, who debuted last year with the 1st mini album ‘Don’t Care’, has been active with songs such as ‘Bean Pod’ and ‘Fame’ until the 3rd mini album. 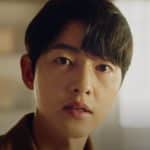 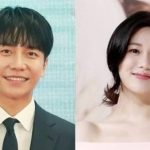