Kwon Jin-young, CEO of Hook Entertainment, bowed her head, saying, “I will take responsibility even if I dispose of my personal property” in response to various suspicions such as conflicts between singer and actor Lee Seung-gi and the settlement of music revenue.

“The company I made 25 years ago, I hope you don’t get hurt by the celebrities you belong to”

Representative Kwon Jin-young said in an e-mail sent to each press on the 30th, “I lived as a manager for 25 years. A lot of things have happened, but I think it’s the first time I’ve experienced something as difficult and difficult as this one,” he said.

Representative Kwon apologized, saying, “I hope that there will be no damage to Hook Entertainment, the company I created 25 years, and to the celebrities, I belong to now.”

He continued, “In addition, I will lower myself to fully take responsibility for the disputes related to Lee Seung-gi, and I will not evade the responsibility I have to take and dispose of my personal property so that I can take responsibility.” I apologize to everyone who read the news that I didn’t want to see in this situation.”

The conflict between the two sides came to light when it was revealed that Lee Seung-gi recently sent proof of content to Hook Entertainment to request an answer, saying that he had not received any music settlement for the past 18 years.

Regarding this, Hook Entertainment said, “Hook Entertainment and Lee Seung-gi terminated their exclusive contract in 2021, and when they signed a new contract, they confirmed the settlement details and settled the relationship between the two sides, such as the settlement details, and settled the financial debt and debt relationship, and also wrote an agreement.” Lee Seung-gi’s problem According to the proposal, we are reviewing the details of the revenue settlement with experts.”

Lee Seung-gi also appointed a legal representative and suggested legal action. Lee Seung-gi’s side refuted this, saying, “I have never received a settlement statement for the music fee payment, and I have no idea what kind of music fee was paid and in what way.”.

Below is the full text of CEO Kwon Jin-young’s position.

This is Jinyoung Kwon, CEO of Hook Entertainment. I lived as a manager for 25 years.

There have been many things, but it seems like this is the first time I’ve experienced something as difficult and difficult as this one. I believe that any quarrel or misunderstanding should be followed by responsibility at the beginning and end.

I would also like to thank Hook Entertainment, the company I created 25 years. And I hope that there will be no damage to the current entertainers. Once again, I bow my head and express my apologies. In addition, he lowered himself to take full responsibility for the disputes related to Lee Seung-gi.

I will not shirk my responsibility and dispose of my personal property to take responsibility. Even to our Hook Enter staff, who must have been in hell every day due to a sudden situation. Once again, I’m sorry to everyone who came across news you didn’t want to see in this situation. 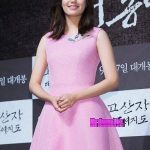