The follow-up to JTBC’s Friday-Saturday drama ‘The youngest son of a conglomerate’ and a new Saturday-Sunday drama ‘Agency’, which will be broadcast for the first time on January 7 next year, has been unveiled. The first teaser video was released.

‘Agency‘ is a battle drama between elegant and desperate advertisers, depicting ‘Go Ah-in (Lee Bo-young)’, who became the first female executive in a VC group, to build her career beyond being the first to reach the top position.

Lee Bo-young, Cho Seong-ha, Son Na-eun, Jeon Hye-jin, and Han Jun-woo completed a solid and colourful lineup. It is attracting attention that it will continue to be a box office hit following ‘The youngest son of a conglomerate family.

The orphan’s elegant and desperate battle for the top spot was foreshadowed in the first teaser video, which was released in advance. Ain Go, who became the first female executive in a VC group, is considered one of the best ‘advertisers’. She has a strong sense of charisma and a professional aura that she has.

Go Ah-in said, “Those who have nothing to lose like me don’t think positively. I believe in terms of money.

The production crew said, “’Agency’ is the story of real people at an advertising agency who read people’s desires like ghosts and create consumption messages. There is a desire for the best position in them. Please look forward to the chewy stories of those who are willing to live a life like war to stand at the peak.”

‘Agency’ will be broadcast for the first time at 10:30 pm on January 7 next year. 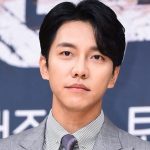 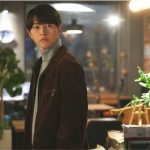