Lee Seung gi in Dispute with Hook Entertainment Long post of a heartfelt message posted on Instagram. The Singer and actor Lee Seung-gi opened his mouth heavily. I conveyed one ‘promise’ along with the feelings of the past.

On the 16th, Lee Seung-gi took luck by saying, “I’m greeting you after a long time” on the official Instagram account.

“Actually, I didn’t really say ‘hello’. I was angry at the feeling of betrayal, then frustrated at the disappointment, then one-day resentment, and another day is repeating self-blame.”

At the same time, he announced that he had received an unpaid amount from Hook Entertainment, saying, “I received a text this morning that an amount of about 5 billion won was deposited into my bank account.”

He said, “Perhaps they think I took legal action to get money. I’ve never received that common music billing statement… In addition, we are trying to conclude the case in the name of unilaterally paying ‘accounts’.”

Lee Seung-gi said, “Until now, I didn’t even know if I had money to pay for the sound source. That the value of someone’s sweat should not be unfairly used for someone’s greed, I thought this was the best mission I could do.”

He also revealed his plans for the future. “Now, 5 billion won has come in. I don’t know how it was calculated that way. However, since I can’t understand Hook’s calculation method, I think I will continue to fight in court from now on.

Finally, he said, “But what I can promise is that I will donate the entire amount, no matter how much the outstanding balance is.” I decided to use all of it for the needy,” he said.

On the other hand, on the same day, Hook Entertainment issued an official position regarding Lee Seung-gi, saying, “We paid the unpaid settlement amount of 2.9 billion won and delayed interest of 1.2 billion won in full.”

It’s a long time no see. Hello, this is Seunggi Lee.

I received a text message this morning saying that about 5 billion won has been deposited into my bank account. Hook Entertainment probably thinks I took legal action to get money. I’ve never received that common music billing statement… In addition, we are trying to conclude the case in the name of unilaterally paying ‘unpaid money’

Until now, I didn’t even know if I had money to pay for music. It’s because I endured for 18 years while hearing the word ‘minus singer’. The reason why I filed a lawsuit against Hook was not because of back money. That the value of someone’s sweat should not be unfairly used for someone’s greed, I thought this was the best mission I could do.

Now, 5 billion won has come in. Of course, I don’t know how and on what grounds it was calculated that way. However, I don’t understand Hook’s calculation method, so I think I’ll continue to fight in court from now on. It will be a tedious fight, and I would like to apologize for causing fatigue to the public watching this.

However, what I can promise is that I will donate the full amount of the outstanding balance, no matter how much it is. First of all, starting with the 5 billion won deposited today, we plan to return the entire amount excluding litigation costs to society. This is not an overnight thought. The moment I decided to fight with Hook, I decided to spend all the money I received on the needy.

Until now, I lived without knowing the music settlement payment. Of course, the 5 billion I received today is too big and precious to me. The sweat of my teens, 20s, and 30s. But if this money can be used for those less fortunate than me, the happiness and value I feel will simply exceed 5 billion won.

From the next week, we will proceed with specific plans through meetings with donation officials. There are many people who are really uncomfortable and have a hard time even moving. There are many friends who have dreams, but give up halfway because of circumstances. There are also people who do not receive proper measures in life-threatening situations. Five billion may not be enough to help all such people. However, we will put it into practice starting with one small step.

And most of all, many people supported me through this incident. It was a great strength because you were angry with me and comforted me. Thank you for making me feel once again that I am loved. I will repay that love by giving it back to society. I hope you have a warm end of the year, and I will faithfully walk my way as always. 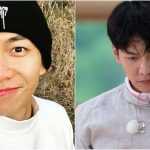