From the shocking reversal of Go Ah-in (Lee Bo-young), the first executive of the VC group, to the one-year time-limited face madam, to the interesting appearance of the VC group’s youngest daughter Kang Han-na (Son Na-eun) during the war between Go Ah-in vs. increased heart rate. Most of all, there were strong famous lines that blow away stress.

Go Ah-in was intense from the first appearance. Go A-in’s strong confidence that she would take responsibility and leave the company if she didn’t get results after risking a 50% increase in sales within six months was not groundless. This is because Go Ah-in is a person who has been recognized as the top in the industry by writing a myth of invincibility in advertising competition PT. In that way, Ain Go became the first female executive or managing director in a VC group, and it seemed that her achievements and abilities were recognized.

However, it was shocking to discover that there was a ploy called ‘face madam’ for a one-year time limit in the background. She needed a justification to appoint her youngest daughter Kang Han-na (Son Na-eun) as an executive of the VC group. The orphan, who had pushed herself so hard and pushed herself beyond her own limits, decided to once again overcome the reality of a terminal illness. “Humans who become more vicious when defeated make history,” she says. I want to make that history.”

# “The rain has stopped, let’s cross the line! Lead, follow or get out of the way”

The real battle of the orphans has begun. (Agency Lee Bo-young )Go Ah-in, who proclaimed to her right-hand man Han Byeong-soo (Lee Chang-hoon), general manager, “The rain has stopped, let’s cross the line,” used the company rule that “the head of the production headquarters oversees the personnel authority of the members of the production team” and conducted a ‘creative’ in-house personnel appointment. which. Under the orphaned Sangmu regime, there are only three choices: “lead, follow, or get out of the way.” The earnest workers wielded the hilt given to them, such as scouting and purging trash that needed to be sorted out. Even at the first meeting with Kang Han-na, the daughter of the owner, where everyone bowed their heads, he stood upright and asked for a handshake, saying, “If you have any questions in the future, please come to my room anytime.”

Employees purged, messed with advertisers, and even spoke harsh words to the president’s daughter, to the point that words such as “I decided to leave as a time-limited manager” were circulating in the company. It was the moment when Choi Chang-soo (Cho Seong-ha), a planner for a one-year time-limited managing director and head of headquarters who is good at in-house politics, was stabbed in the back by an orphan who threw out his line, and the first obstacle appeared on the road ahead.

# “You’ll soon find out. Candles are brighter than the sun at night.”

Kang Han-na’s appearance made the confrontation between Go Ah-in Lee Bo-young in Agency) and Choi Chang-soo more interesting. The orphan’s last words toward Kang Han-na didn’t just come out. It was an intentional stimulus for her to see through the fact that she was her “princess with only her greed, no side to her in the group.” It was a bad first meeting, but Kang Han-na also said, “Look at this? It’s just my fault.” For Kang Han-na, the third generation of chaebol is only a shaky title, but she has the Achilles’ heel of being her youngest child and daughter to rise to a high position within the group, just like Go Ah-in. Kang Han-na, who was intrigued by Go Ah-in, was the reason she decided to strategically exploit the war between Go Ah-in and Choi Chang-soo.

Contrary to the expectation of the executives in the group that she will fade away soon, her desire to be an orphan is expected to burn even more. Because everyone will soon find out, she says, “that candles burn brighter than the sun at night.”

The production crew of “Agency” said, “An orphan who takes the crisis as an opportunity to turn around, Choi Chang-soo, who has only walked an elite course and established himself as a powerhouse in the company, and ‘Cheat Key’ Kang Han-na, whose intentions are still unknown, are coming in two weeks. Advertisers participate in the full-scale in-house battle of advertising agency VC planning. As they are the creators of trend-setting creative content by penetrating consumers’ desire like a ghost, we will come back with a creative and interesting confrontation story that exceeds viewers’ expectations.”

Meanwhile, ‘Agency’ is a battle drama between elegant and desperate advertisers, depicting how Go Ah-in, the first female executive in a VC group, builds her career beyond being the first to reach the top position. 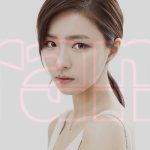 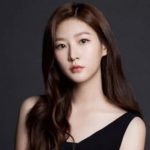