A-list of Kdrama stars Ban by KBS, After the scandal of violating the law and morality, 6 Korean artists including Kim Sae Ron, Ha Jung Woo, and Kwak Do Won… were blacklisted by KBS.

According to  Hankook Ilbo, names like Kim Sae Ron, Kwak Do Won, Shin Hye Sung, and Ha Jung Woo, BI must receive this consequence because of the anger from the public. They are the people who have a great influence on the community, but the stars’ violations of morality and law have forced the station to apply the form of ‘lockdown’.

In May, Kim Sae Ron crashed her car into a substation in Gangnam while drunk. The accident caused a power outage, severely affecting business households in the area. The child star’s blood alcohol concentration is up to 0.2%, far exceeding the level of driving license revocation (0.08%). Kim Sae Ron was criticized by the audience. After that, her company also terminated the exclusive contract with the actress

On December 19, Isplus newspaper reported that Kim Sae Ron was indicted for drunk driving. However, the actress was not detained. The person who was with the actress at the time she caused the accident was also tried. Kim Sae Ron apologized and announced compensation for the damage to households and businesses affected by the accident.

The incident caused Kim Sae Ron’s image to be severely affected. In addition, during the accident, the beauty intended to escape, making the public even angrier. Currently, according to some people, the actress is working as a waitress at a cafe.

In September, residents spotted the SUV standing in the middle of the road near an elementary school and alerted the police. When they arrived, the police found Kwak Do Won dozing off in the car. At that time, the actor’s blood alcohol concentration was higher than 0.08%, so the police immediately revoked his driver’s license.

Kwak Do Won quickly admitted that he was drunk driving. Even, the  Than movie star also testified that he drove about 10 km even though he was drunk. By the evening of the same day, the Jeju Seobu Police Department announced that Kwak Do Won had been prosecuted for violating the Road Traffic Law.

The scandal of being drunk but still stubbornly driving made Kwak Do Won’s image badly affected. The audience was disappointed and criticized the 49-year-old Korean star vehemently. Many netizens commented that Kwak Do Won not only broke the law but also could be dangerous to others, not worthy of being an artist appearing in public.

On October 11, Korean media reported that singer Shin Hye Sung was arrested after repeatedly refusing to take an alcohol test. According to the Songpa Police Department, the male singer was discovered early in the morning while sleeping in a car parked by the roadside.

Notably, Shin Hye Sung drove another person’s car while drunk. The male idol was misunderstood as intentionally stealing the means of transport, but then the company tried to deny it.

However, this is not the first time Shin Hye Sung has been in trouble for driving after drinking. In April 2007, the male singer, born in 1979, had his driving license revoked because of this behaviour.

At 8 pm on September 26, Don Spike was arrested by Nowon district police at a hotel in Gangnam, South Korea. The male artist received charges of violating the Drug Control Act. Police also seized at the scene about 30 grams of methamphetamine, equivalent to 1,000 doses with a total value of 100 million won (USD 78066.82 ).

After being arrested, Don Spike received a positive result on a quick drug test. When asked about this sensitive issue, the male singer refused to answer questions and only said that he had recently used drugs. Don Spike promised to provide detailed information to investigators, but soon after, the court confirmed that the male artist intended to flee.

During the investigation, the police claimed that Don Spike had lied about his drug use. He has been taking drugs for a long time. Recently on December 20, Don Spike was sentenced to 5 years in prison. After receiving the sentence, not only KBS “locked” Don Spike but all images of the male artist on other programs were deleted.

As the “boss” of the Korean entertainment industry, Ha Jung Woo was turned away by the station when he was entangled in a series of drug scandals. The leading actor was found to have illegally used the banned substance Propofol many times and also used it under his brother’s name to avoid crime. This behaviour of Ha Jung Woo was confirmed by the police to have been violated 19 times.

Not only that, but the “box office king” also intends to fake a medical record with a doctor. The above incident has caused Ha Jung Woo’s image to face a lot of criticism from the public. Posts attacking, and demanding a boycott of the actor were widely shared on social networks. Even the movie  Narco-Saints starring Ha Jung Woo also received mixed reviews.

In 2016, BI (former iKON member) was prosecuted for buying and using marijuana and synthetic drugs. The court sentenced the male idol to 4 years of probation, 80 hours of community service, and 40 hours of lectures on drug harm and treatment. In addition, he had to pay a fine of 1.5 million won (equivalent to USD 1,171). Within 4 years of house arrest, if BI re-offends, the male idol will have to spend 3 years in prison.

After receiving the punishment, BI announced that he would leave the iKON group. His contract was terminated by the management company YG. This incident ended BI’s flourishing career.

It can be said that so far, ‘lockdown’ has only been strictly applied in Chinese showbiz. However, in recent years, this form has spread to Kbiz and other Asian countries.

According to  Nate, this is not the first time KBS has issued a ban on broadcasting celebrities. This list is added every year, and depending on the severity of the scandal, artists will be banned from appearing temporarily or permanently. 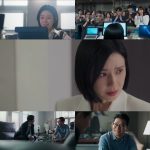