So-rang, who was sitting in front of the drinking table and having a conversation, reenacted the dancing scene and fell into Lee-heon’s arms.

Lee Heon, holding So-Rang in his arms, said, “Did I tell you? Everything that happens here and now will be a secret. Whether it’s dancing, messing around, drinking alcohol, or something menacing happening,” he said with warm eyes.

Sorang looked into Lee Heon’s eyes and suddenly kissed him. When Lee Heon made a surprised expression, Sorang said, “I heard that everything that happens here is a secret,” and she smiled.

At Lee Heon’s words, “Don’t do it,” So-rang kissed her briefly again and asked playfully, “Can’t you?” In response, Lee Heon turned her head and said, “Don’t do it. You should go through it too.”

Afterwards, the two confirmed their love for each other by sharing a hot kiss while lying in bed. Lee Heon untied Sorang’s clothes and held her hand tightly, thrilling the viewers.

Viewers commented on the kissing scene between Lee Heon and Sorang, “Infinite repetition. It’s so fun. Episode 9 seems like a legend”, “Kim Young-Dae is really sexy and soft”, “It’s pretty to look back on. First time together”, “I can’t sleep. Why? Sexy”, “It’s so hot.

According to Nielsen Korea, an audience rating research company, the 9th episode of ‘The Forbidden Marriage’, which aired on the same day, recorded a rating of 4.7% (national standard), rising vertically compared to the previous episode. It recorded a 1.5% increase from the previous broadcast of 3.2%.

Meanwhile, the drama is broadcast every Friday and Saturday at 9:50 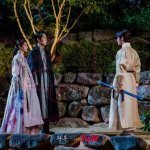 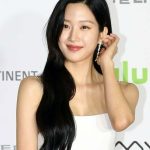