The Korean series with the theme of revenge attracts the attention of the audience.

When it comes to Korean movies, most viewers will remember romance or fantasy works. However, if you love the thrill and thrill of watching the heroine perform sweet revenge against her oppressors, you can watch the 5 works below.

The Great Seducer (Game of Love)

With the participation of Moon Ga Young, Woo Do Hwan, Kim Min Jae and Joy of Red Velvet, the 2018 revenge film Tempted is also on the list. The film is the journey of rich young people to find true love while participating in a beautiful but dangerous love game. In it, the character Choi Soo Ji, played by Moon Ga Young, seeks revenge against her ex-boyfriend’s family with help from her friends.

The World of the Married

Thanks to intense confrontation scenes and engaging storylines, Park Hae Joon, Kim Hee Ae, and Han So Hee‘s World of the Married has received critical acclaim both at home and abroad.

The film was even remade in many countries including the Philippines. The film depicts the revenge plan of a doctor who was cheated by her husband to have sex with his own patient. The film is one of the Kdrama works with high viewership ratings with nearly 29%.

Seo Ye Ji returns to the small screen in 2022 with the revenge thriller series Eve . In the drama, Seo Ye Ji plays a teacher who tries to seduce the man behind her father’s death with the intention of ruining his reputation, family, and life.

At the time of the show’s broadcast, Eve was one of the most popular works. The success of the film helped Seo Ye Ji’s name resonate further, leaving a deep mark in her acting career. 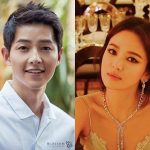 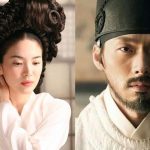 In The World of the Married , Han So Hee plays an innocent beautiful mistress. But in My Name , the actress shocked the public with her transformation in the role of a strong woman with personality.

In My Name , Han So Hee is a member of a drug gang that works undercover as a detective in hopes of tracking down the culprit who murdered her own father. Because of the success and compelling storytelling of the project, fans have been looking forward to the producer being able to release a new part of the film soon.

Last but not least is The Penthouse . When it comes to dramas and revenge, the list cannot be complete without SBS’s masterpieces. Starring the award-winning cast including Lee Ji Ah, Kim So Yeon, and Eugene.

The Penthouse revolves around the story of the battle involving real estate and education, the desire to become number one. It depicts the solidarity and revenge of the women who fought the “evil” to protect themselves and their children. It premiered on SBS TV on October 26, 2020.

The Glory (Glory in Hatred)

The film is about a woman who is bullied at school and is determined to take revenge. Forbes writes: “The Glory has a sizable portion of surprises, shifting the story from almost dramatic horror to murder mystery . ” It is known that the screenplay was written by Kim Eun Sook, the man behind the success of the 2016 work “Descendants of the Sun” , which also features Song Hye Kyo.

In The Glory , Song Hye Kyo takes on the role of Moon Dong Eun, a victim of school violence who plans elaborate revenge against those who caused her irreparable heartbreak. Song Hye Kyo left the title of “romantic comedy queen” and showed a cold demeanor in the revenge work The Glory . The film received many positive reviews from the media and film critics. 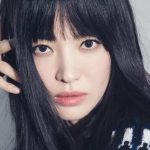 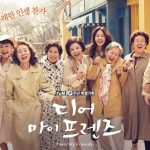