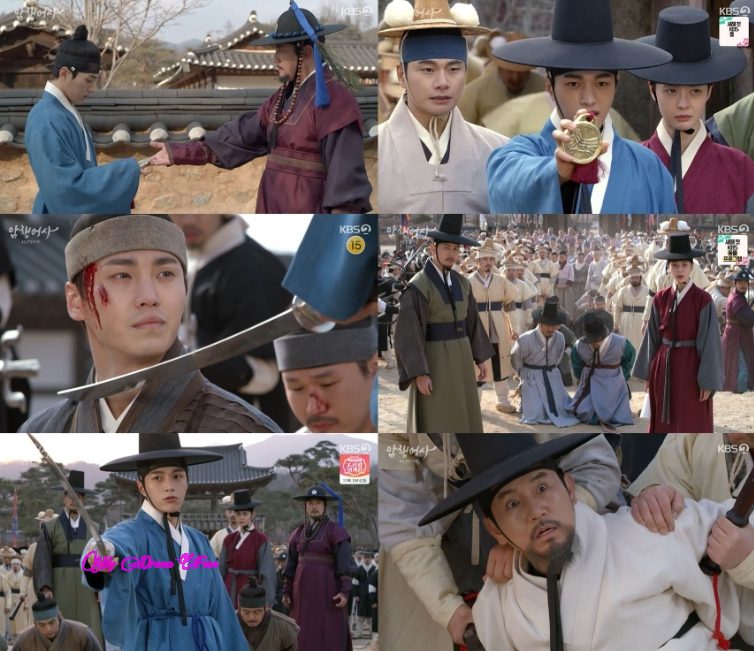 KBS 2TV’s Monday-Tuesday drama “The Secret Mission,” which was loved for touching viewers’ hearts until the end, ended its grand finale with the 16th episode. The final episode which was aired yesterday (9th), recorded 14.0 percent of viewer ratings (provided by Nielsen Korea), again breaking its own highest ratings, ending with enthusiastic love from viewers.

Yesterday’s broadcast showed the cool performances of Sung Yi-gyeom (Kim Myung-soo), Hong Da-in (Kwon Na-ra), and Park Chun-sam (Lee Yi-Kyung), who captured Kim Byung-Geun (Son Byung-ho) and Byun Hak-soo (Jang Won-young) and uprooted the root of evil. In addition to the brilliant chemistry of the Assad, which has been reborn as a perfect team, and the cheerful message of Kwon Sun-sin, which touches the tired mind, has sparked a heated response from the small screen until the end.
READ ALSO: Watch Upcoming Drama Trailers

Park Chun-sam, who first went on his way to gather station graduates, was caught by Byun Hak-soo and faced a near-death crisis. In addition, Sung Yi-beom (Lee Tae-hwan), who planned the uprising by turning the gate, eventually knelt down due to the attack of military graduates accompanied by Byun Hak-soo. Kim Byeong-Geun, who drove Eo Sadan and Sung Yi-beom into a corner, sent a letter to Hanyang saying that Sung Yi-gyeom, a secret inspector, and Byun Hak-soo, who joined hands with him, ordered them to get rid of all the slaves, raising tension with extreme tyranny.

Meanwhile, the situation began to turn around when a military officer (played by Jeong Jong-woo) who was fed up with the tyranny of Byun Hak-soo, who had no blood or tears, released Sung Yi-gyeom and Park Chun-sam, who was imprisoned in prison. Thanks to his unexpected help, the Usadan rescued the people of Nobijang.

Afterward, Sung Yi-gyeom headed to Gamyeong to bury Byun Hak-soo’s guilt but was in a dilemma when he was told to cut Sung Yi-becomes throat to prove that he was not in collusion with the bandit. However, Sung Lee-gyeom returned the hearts of military graduates with a firm remark, “Do you mean that those who have to protect and protect the people can kill them even after hearing the people’s unjust cries?” In the end, everyone joined forces to capture Kim Byung-Geun and Byun Hak-soo, giving them a thrilling catharsis.
READ ALSO: “Mr. Queen” Epi-17 King Cheoljong showed his paternal love toward the second generation.

In particular, Sung Lee-gyeom thrilled with his half-brother, Sung Lee-beom, who has been on a path of mixed fate. He realized that Sung had kept Kang Soon-ae (Cho Soo-min) to keep his promise with him. Instead of asking for the sins of Sung Yi-beam, Sung Yi-gyeom let him go free and said, “There was a world we dreamed of, I will try to make it come. Make a good world for you, too,” he said, adding that he was deeply moved by his heartfelt feelings.

After returning to Hanyang after punishing all evil deeds, Sung Yi-gyeom and Hong Da-in delivered a message of calm healing, praying to the moon for everyone’s happiness. In particular, Sung Yi-gyeom confessed to Hong Da-in, “I will pray for you to stay with your lover for the rest of your life and live as you are now,” raising the audience’s lips with a romance full of excitement.
READ ALSO: Watch Official Trailer of Royal Secret Agent.

At the end of the broadcast, it left a deep impression with the never-ending adventure of the Usadan. Sung Yi-gyeom went on a dark journey again in search of a criminal who pretended to be himself and looted the people. Hong Da-in, dressed as a man behind Sung Yi-gyeom, who was about to leave the road alone, and Park Chun-sam, who earned the status of the common people, appeared, marking a fully happy ending, hinting that the thrilling performance of the Assad, who has been reborn as a perfect team, would not end.
Royal Secret Inspector is one of the most-watched kdrama of 2021 so far what did you think about the drama? Share your thoughts on the Comments Section below. 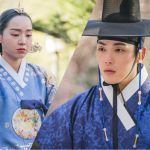