Actor Kim Nam-Gil shared his pleasant feelings about the Ideal type and acting with people on the interview Video of “Fan Shimsulsa”.

Kim Nam-gil answered sincerely to fans’ questions in the hearts of his fans in the video clip of “Fan Shimsulsa,” which was exclusively released on YouTube’s “Fan ID” channel on the 18th and 29th. Kim Nam-Gil, who founded Gilstory ENTERTAINMENT last month and turned actor and CEO, said, “I’m more energetic because I have to pay my employees’ salaries.”

When asked, “Is there anything I say is the best?” Kim Nam-Gil then expressed his confidence by answering, “I can’t keep up with the feelings of my brothers or young friends, but I’m the top in what I can do.”

Who is your role models
Kim Nam-Gil mentioned BTS Jin’s as his role model. Kim Nam-Gil said, “I’m a role model, so I’m more interested in it. Not long ago, when I met him at the Golden Disc Awards, I even gave a fist-fight greeting to Jin. Even now, he is a great singer, but I keep my eyes on him because i feel like he can act. The fact that we met and said hello to each other itself was overwhelming and nice. We end up cheering for them even more.
Kim Nam-gil, who is loved by both seniors and juniors in the entertainment industry, said, “I can’t help but be a fan of my brothers and sisters. I just laugh when I act,” he introduced the episode.

Kim Nam-Gil, picked someone like Kim Sung-Kyun for his ideal type, He said “I am as understanding as to the sea, and I am also happy to tell you that I am wrong. A friend who knows me better than I do,” he explained. Asked if he wants to set up a family, Kim Nam-Gil said, “I don’t have any thoughts yet. I think it’s wrong to try to be happy with the opponent. I think it’s right to marry someone when I can share my happiness with them said.

READ ALSO: Fans Petition on Netflix to pick Joseon Exorcism after its Cancellation

Meanwhile, Kim Nam-Gil revealed “He can’t beat the stickiness. “If I do my best to do what I can every day, I think I will have a day when it is completed.” Regarding the saying, “Art can’t save poverty, but it can comfort you,” he said, “I’m giving it back because I can’t do it alone and get results. Wouldn’t a comforted person be able to muster up the courage to live tomorrow?” he said, expressing his thoughts on his role as an actor.
However, Kim Nam-Gil has been active since the establishment of Gilstory ENT, confirming his appearance in the fantasy drama “Iraq,” which is currently discussing the second half of the year.

[…] Here’s the person who watched the birth and growth of “Seobok” (Park Bo-gum), the first cloned human in mankind with an unknown face, is a creature who has lived only in a laboratory all his life, as can be seen through the copy of “I have nowhere to go” the closest he’s ever seen, and who’s trying to get a chance to live through “Subok.” “People are scared, aren’t they? The poster of Lim Se-eun (Jang Young-Nam), a researcher in charge of Seo-in Group, who said, “I have a lot of greed,” was also released. READ ALSO: Kim Nam Gil’s Ideal type and establishment of an agency. […] 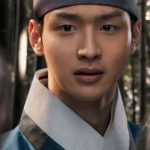 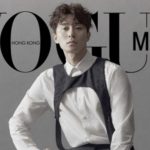