Actor Park Shin-hye expresses her feelings on the ending of “Sisyphus the myth ” with brilliant efforts and challenges.

Park Shin-hye, who played the role of Kang Seo-hae in JTBC’s 10th-anniversary special drama “Sisyphus: the Myth,” which ended on the 8th, played an active role by expanding the genre spectrum with endless efforts and challenges. She showed her growth potential as an “action Queen ” by performing various high-level actions from underwater shooting. Park Shin-Hye’s improvement did not come at once. Her efforts to challenge various and new genres through the films “#Live” and “the Call” and faithfully proceed with her acting transformation between dramas and movies shone through “Types.”

Park Shin-Hye’s sincere impressions on the ending of the series, which achieved another popularity through the success of Sisyphus after such constant efforts, are revealed through her agency, drawing attention. “I’ve been in the West Sea for about seven months,” she said. “There were lonely moments and hard moments while I was living at the ‘West Sea,’ but there were many happy and enjoyable moments, “It was fun to be with such good seniors and passionate juniors on the site,” she said.
Park Shin-hye then said, “I hope that the image of ‘West Sea’ that I felt in the field or that I wanted to show you were delivered well. Thank you so much for loving the West Sea, Taesul, and Sisyphus. I want to say thank you to the fans who love me, who are always there for me. I love you, and I love you a lot,” she said, thanking viewers and fans.

Meanwhile, Sisyphus: the myth has given us an explosive final episode. What did you think about park Shin-Hye’s Action Role in this drama? Voice out your thoughts on the comments section below
the source 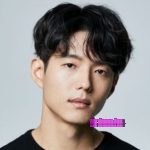 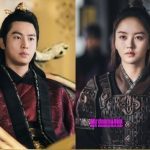