Youth of May is a brilliant drama, The characters, cinematography every single thing is excellent. Everyone played their parts perfectly. Episode one made me hooked to it until I watch the second episode, now I am looking forward to the third episode

Youth of May: Episode 1 Recaps

Episode one opens with a group of men working at a construction site where they found an unidentified skeleton at Gwangju while digging the ground. they alert the police, and the cop sent the skeleton to the National Forensic Service for DNA analysis to identify the victim. Though those in the political circles are saying.

For A romantic, Melo, and period drama, this is an uncommon opening for the first episode, maybe the writer is trying to give us a hook for the first experience, we might see some mysterious scene. wink My thoughts.

Youth of May: Episode 1 “intro of the Drama Characters”
In the mix of Student protest Hwang Hee-Tae (play by Lee Do-Hyun) drive through the protesters in a luxurious car, the student was surprised to see how he’s moving majestically through them. However Hee-Tae keeps staring at them, then he smiles and honks, the protesters decided to let him pass through, thinking he might run over them, he gives the car to someone and collects money from him.
Meanwhile, Hee-Tae goes to where he lives, one of his friends asks him if has no Shame? As Hee-Tae Never showed up when they were Campaigning to save Kyung Soo and he has the courage to set foot in here” according to Hee-Tae they have to pay back their debt also, he wonders why his friend cared so much about Kyung so and ask if they were closed. His friend is very Furious and said

” I don’t want to talk to a jerk like you. But then again, what do you expect? Med students aren’t real college students, you know?”

However, the thoughtful Hee-Tae crack joke and huge his friend. Later in the day Hee-Tae meet up with his ex-girlfriend Yu Jin where she asks him to get married, Hee-Tae surprisingly tells her they Broke up, Right then she said “I did say we should break up But that doesn’t mean I let you go” hahaha that is crazy funny. Regardless Hee-Tae was never ready to get wedded then he received dirty slapped from Yu Jin.
Later on, Hee-Tae visits the hospital to see a patient that was in the ICU he paid her Bills therefore the doctors tell him to start preparing to say goodbye since we’re not certain when her condition will worsen again, the patient name is Seok Chul. As she wakes up Seok Chul tells Hee-Tae that she wants to go home. Going back home on a bus Hee-tae is seen the written a letter to Mr. Soldier.

Meanwhile, a nurse is running with a patient that was pierced by some construction materials, Attending to him was non-other than Kim Myeong-hee (Play by Go Min-si) Myeong-hee is three years into her career, she is a fighter who has already gone through all sorts of hardships in her young life. When facing injustice, she isn’t afraid to stand up to her superiors at the hospital, at the hospital, the nurses use to work overtime and blame it all on Myeong-hee because she keeps working until broad daylight..when she’s on night shifts, which make the hospital administrators think is natural. In the emergency room When a patient is assaulting a nurse everybody is scared to step in except Myeong-Hee who take over the rude patients, when he tried to play dirty with her she held one of his veins which the pains bring his manner, at the same Hee-Tae Visit the hospital asking about the deputy director office,( Byung Geol ) Hee-Tae wants to transfer Jang Seok-Chul Myeong-Hee working place, but the deputy director think is not wise to transfer a coma patient from Seoul to Gwangju, and will cost an awful amount of money too.

Hence Hee-Tae assured him that money is not the problem all he needs is his approval to bring the patient while he promised to get the money. (Unknown to him all Byung Geol care about is the money) the deputy director Remark “You seem like a young student, and you’re going about things in the wrong order. We don’t make empty promises. We only take cash. Come back when you have the money.”
I’m Hee-Tae try to explain to him that the patient needs urgent care, then the deputy director tells him that the hospital also needs urgent money. As Hee-Tae is trying to make him understand the patient’s situation, another problem storms into the office and pushes him off the sofa. It was non-other than Myeong-hee and the same patients in the emergency room, he holds her by the collar while asking Byung Geol to fire this brat.

“This the first time Hee-Tae meet Myeong-hee” Byung Geol ask Myeong-Hee to apologize instead she wonders if he’s now treating her like a medical worker now that she reacts before he pretends not seeing anything when a young medical nurse was sexually harassed, the were all urging when Hee-Tae try to Come between them, Myeong-Hee hold the patient Veins again then he removes his hand from her collar and go down. She tells Byung Geol what she is doing is self-defense since he can’t help her, Hee-Tae is amazed by her actions and give warm smile.

Our third character opening is a mess (smile) She being chased by cops while running she hides somewhere and changes her dress it was non-other than Lee Soo-Ryeon who is desperately fighting for social justice because she feels responsible for coming from a wealthy family. The youngest, who is devoted to the work that needs to be done, will portray interesting chemistry with their different ideals. Furthermore, Lee Soo-Ryeon is longtime friends with Kim Myeong Hee when she sneaks out of home without her parent’s knowledge she will call Myeong-Hee to help her in. Soo-Ryeon parents didn’t know she’s fighting for Social Justice.

Myeong-Hee is still at Soo-Ryeon house when her brother Soo-Chan, the siblings keep discussing while making Myeong-Hee uncomfortable, then Soo-Ryeon tells Myeong-Hee could have Soo-Chan bring her those foreign books when he goes on business trips since she wants to study abroad, Soo-Chan asks if she’s working, Myeong-Hee says yes, She added that it’s just her dream that she wants to study abroad, no any school accept her yet and she hasn’t saved enough money either, then Soo-Ryeon cut her through and say “If you’d cut back on the money you send home for the kid, you would’ve studied abroad a dozen times already” Myeong-Hee has a little brother at home and her parents, though she is not on good terms with her father, she uses to send money home from her paycheck.

Soo-Chan takes Myeong-hee to her friends place only for her to find out that she got a letter of admission all ways from Germany cheerful Myeong-hee rush out to show the letter to Father, on her way out she bumps into Hee-Tae, this is their second meet up, all this Myeong-hee didn’t even heed to when She shows the approval letter, the father offers her Scholarship but she needs take flight in a month, he also advises her to call her parents, and let them know, Myeong-hee don’t have enough money to pay for the flight and can’t get much money within a month. She calls her parents and tells her mother what is happening.

Later in the night when Hee-tae is sleeping at his friend’s house, his father comes and took him home, at home Hee-tae pleads with his father to give him money and promised to do anything his father asks without any objection. Then his father gives him the money while he asks hee-tae to go on a blind date with his friend’s daughter, take some parts of the money to pay Seok Chul medical bill, and transfer her to the Gwangju hospital close to her family. Meanwhile, when Soo-Ryeon sneaks out again to print out flyers in her father’s Printing company they got caught by the police, in the morning Soo-Ryeon is discharged hence she refused to got release without her friends, her father was there and he takes her home.

At home, Soo-Ryeon pleads with her father to release her colleagues, instead, he promised to release them only if she agreed to go on a blind date with Hee-tae. Hee-tae and Soo-Ryeon both agree to on blind date due to some circumstance. “There parents have already decided to get them married unknown to them, they were only given chance to know one each- my thoughts”
However, Myeong-hee takes the advice of her friends and ask Soo-Ryeon money for the flights after showing her the approval letter, At Soo-Ryeon say she will ask her father since she doesn’t have, shortly She recalls about her blind date, then promise to give Myeong-hee the money only if she will go to blind date in her place three times. Myeong-hee agrees and takes the jobs. Myung-hee, who went to the meeting place instead of Soo-ryeon, faces Hee-tae.

Myung-hee said, “I’m sorry I’m late. This is Lee Soo-ryeon.” Hee-tae recognized Myung-hee who he met at the Peace Hospital and put on a warm smile on his face. 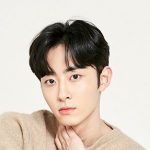 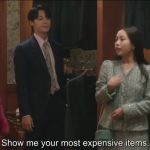