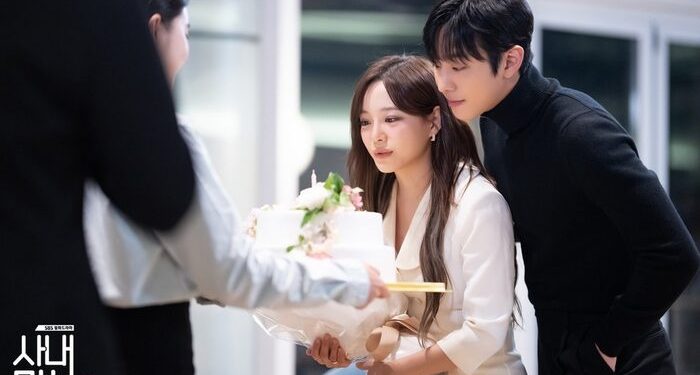 Currently, ‘A business Proposal’ is a drama that is receiving a lot of attention from the audience, and is also dominating the charts.

On the evening of March 8, the new love drama, SBS’s A business Proposal, Led by Ahn Hyo Seop and Kim Se-jeong, had a significant increase in viewership compared to the previous episode.

Therefore, according to Nielsen Korea update, ” A Business Proposal” had a spectacular breakthrough when recording the national average index of 8.7%, up 0.6% compared to episode 3 of the third day. 2.

This is also the highest achievement of Drama since its broadcast to the present time. With this positive result, the new SBS drama is dominating the throne of the movie time slot at the beginning of the week.

Earlier, Nielsen Korea also updated the rating of episode 3 of ” A Business Proposal”, the drama recorded an average nationwide rating of 8.1%, an increase of 1.6% compared to 6.5% of episode 2.

Meanwhile,  New KBS’s Drama Crazy Love which has only joined the team every Monday – Tuesday evening, Crazy Love has also partly proved its charm. With the cooperation of the couple Kim Jae Wook and Krystal, the KBS masterpiece recorded a rating of 3.4% in the first episode aired. However, the rating in episode 2 showed signs of decline when it was only 2.4%, down 1% compared to episode 1 of the 2nd day.

A Business Proposal is adapted from a very popular Korean webtoon of the same name, the total views of this online manga have exceeded 320 million times. The plot is super cute, the drawings of the characters are also extremely impressive, making fans “faint up and down”. That is also the reason the drama attracts a large number of moviegoers.

A Business Proposal is becoming the focus of attention among new films released in early 2022.  Watch this series every Monday and Tuesday.