Under The Queen Umbrella Kim Hye soo, isn’t this why casting a one-top actor even though it’s expensive? 11 hours ago
Top 10 most handsome Korean actors: YoonA’s lover takes the lead, Song Joong Ki “disappears” 11 hours ago
Jung Hae In keeps his distance from his female co-star after “break up” with Jisoo (BLACKPINK) 12 hours ago
Curtain Call Ha Ji-won – Kwon Sang-woo, unusual air current “great change of heart” 12 hours ago
Cheer up Han Ji-Hyun And Bae In-hyuk, a romance that gained momentum 12 hours ago
Lee Jong Suk planted a bomb to threaten senior Kim Rae Won in the trailer of The Volume of Destruction 1 day ago
Song Hye Kyo And Son Ye Jin were once embarrassed just because of a saying of this 2 days ago
Song Joong Ki reveals his old beauty, far different from when he played in Reborn Rich 2 days ago
Kim Hae-sook and Kim Hye-soo have a blow of conversion. 2 days ago
Song Hye-Kyo cheered, and Dindin apologized 2nd time. We cried together when advancing to the Korean round of 16 2 days ago

At the end of episode 8 Again My life, chief prosecutor Kim Seok Hoon (Choi Kwang Il) silently instructed Kim Hee Woo ( Lee Joon Gi ) to handle the case of Jang Il Hyun’s junior. Kim Hyung Mook) neatly. After receiving the order, Hee Woo was not in a hurry to carry it out, but he questioned why Kim Seok Hoon trusted him and entrusted the task of removing his trusting arm.

Turns out it was all just a play, Kim Seok Hoon wanted to find a good pawn to die for and that person was none other than Jin Seok Gyu (Kim Chul Ki). Hee Woo discussed this with Seok Gyu and both of them planned a ‘next step’, not letting Kim Seok Hoon’s plot succeed.

First, Seok Gyu installed a surveillance camera at his desk and captured images of Kim Seok Hoon’s limbs sneaking into the office to remove dirty data, in order to have an excuse to arrest him. Meanwhile, Hee Woo used the bribery case of his colleague with the purpose that he provided money transactions into Jang Il Hyun’s account in the past.

Jang Il Hyun’s girlfriend was quickly arrested for investigation related to the embezzlement of the National Arts Foundation, while still shocked at the news of his mistress, he was also detained. When looking at the arrest warrant, Jang Il Hyun suddenly turned out that the person behind the arrest was the junior he trusted – Hee Woo.

Fearing the success of Kim Seok Hoon’s plan to find a good candidate to die for, Hee Woo quickly held a press conference and announced all of Jang Il Hyun’s crimes. Thoughts that this action would make Kim Seok Hoon angry, but not everything was completely opposite.

At first, he was angry at Hee Woo’s audacity to remove his arm, but after receiving a call from congressman Jo Tae Seob (Lee Kyung Young), he was completely happy.

Hee Woo not only wants to stop Jang Il Hyun, but he also wants to bring down Choi Kang Jin, but to defeat him, he has to make the back – Choi Kang Jin’s father ‘fall off the horse’. At this time, senior Lee Min Soo brought the prosecutor reports about the case of evasion of duty and prostitution from Choi Kang Jin’s father’s company. Perhaps this is the next ‘prey’ to ‘fly’.

After Min Soo and Hee Woo got out of the pub, the two accidentally saved the life of a girl who was being strangled to death with a rope by a bad guy. However, both appeared at the right time and prevented everything in time. And surprisingly, this girl is the only daughter of congressman Hwang Jin Yong (Hwang Jin Yong).

And yet, his close friend Kim Han Mi (Kim Jae Kyung) once worked as a tutor for the congressman’s daughter, through which, Hee Woo asked her to make an appointment with him.

During the meeting, Hee Woo made it clear that he wanted to be his arm and warned that his plan to target Jo Tae Seab had been leaked due to an insider. The congressman heard that he was angry and left, partly he did not have a good view of the prosecutor, the other part he did not want others to look down on his people.

However, not long after that, Hwang Jin Yong met Hee Woo and discussed what was to come. As it turned out, after the meeting with Hee Woo, the congressman was turned over by his own assistant, making all his plans “falling apart”. This second meeting, Hee Woo has prepared a gift – according to him, a Pandora’s box, just opening it will make many people suffer.

In the trailer for episode 10, it seems that congressman Hwang Jin Yong opened the box and caused a great stir, including Jo Tae Seob. So what mystery is hidden in it, let’s watch the next episodes of Again My Life

Which is Character Lee Joon-gi is your Favorite?, the Return of action master. 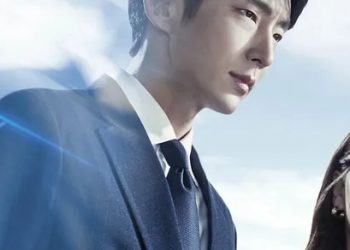 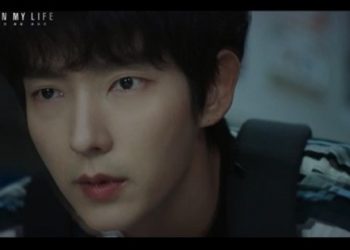 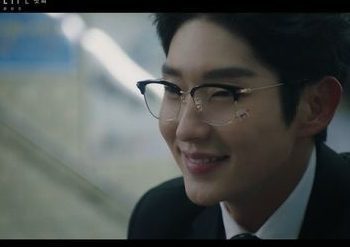