After ‘The youngest son of a conglomerate’ Will This drama Rewrite JBTC History Again? 20 mins ago
[ Breaking News] Lee Seung-gi sent a notice of contract termination to Hook today 1 day ago
Song Hye Kyo declares ‘will never forgive’, amid news of Song Joong Ki’s reunion 1 day ago
Controversy over passing Hyun Bin in Japan seems to be due to the role of Ahn Jung-Geun in Harbin 1 day ago
MAMA super red carpet day 2: J-Hope – Park Bo Gum is so handsome, Sohee is hot over the ice rink queen and A-list stars: Pictures 1 day ago
the youngest son of Conglomerate Ratings: This Drama Do something unprecedented in the history of Korean films 1 day ago
Revealing the Son of Hyun Bin and Son Ye Jin with the first series of photos? 1 day ago
Kwon Jin-young, CEO of Hook Entertainment Says She will take responsibility even if she will dispose of her personal property 2 days ago
Nam Ji-Hyun Next Project After The success of Little Women 2 days ago
New Father Hyun Bin was suddenly on his way to Mongolia as the image was posted before His wife Give Birth 3 days ago

The group BlackPink made a mark in the history of K-pop girl groups. With their 2nd full-length album ‘Born Pink‘, they topped both the album charts of the US Billboard and UK Official Charts, which are called the two greatest mountains of pop. Blackpink is the first K-pop girl group to top both charts at the same time. It is the first among all Asian female artists.

First K-pop to top the US and UK album charts

There are only a couple of records worth noting. According to Billboard on the 25th (local time), Blackpink’s 2nd regular album, released on the 16th, sold 102,000 copies in the United States in a week. This is the first record for a K-pop girl group to go straight to number 1 on the Billboard main album chart. Physical album sales were 75,500 copies, and the number of downloads (TEA) and streaming (SEA) converted into album sales were 1,500 and 25,000 copies, respectively. In the UK official album chart, released two days earlier, Blackpink also climbed to the top. This is also the first K-pop girl group. So far, the only Korean singer to have reached the top of this chart is the group BTS.

Through their agency YG Entertainment, BLACKPINK said, “This is a glorious moment that the fans made. I am happy that this album has reached a lot of people.” The album sold about 1.54 million copies (based on Hanteo Chart) in a week in Korea alone. According to the Circle Chart (formerly Gaon Chart), which includes exports, sales of more than 2.13 million copies were recorded.

Aiming at the overseas market… How is Blackpink different?

Blackpink was different. The music industry evaluated BLACKPINK as “a role model that proved the success potential of a K-pop girl group in the global market” (Jinwoo Kim, Senior Researcher of Circle Chart). Blackpink, which debuted in 2016, started with ‘DDU-DU DDU-DU’ in 2018, followed by ‘Kill This Love’, ‘How You Like That’, and ‘Lovesick Girls’. ), etc., to the Billboard Singles Chart. There appeared at the Coachella Valley Music and Arts Festival, the largest music festival in the United States, and won the MTV Video Music Awards, a prestigious awards ceremony.

Kim Do-heon, a popular music critic, pointed out, “Unlike K-pop groups, where fandom-centered consumption is prominent, BLACKPINK has already been imprinted as a global group by local fans by focusing on overseas activities from an early age.” The difference between Blackpink and other K-pop groups stands out in the ratio of streaming to album sales. In the case of K-pop singers previously ranked in the top 200 on the Billboard 200, such as Seventeen, Stray Kids, and Twice, the proportion of streaming in total album sales is low at less than 10%. On the other hand, for Blackpink, the number of streams converted into album sales accounts for about 25% of total album sales. Critic Kim pointed out, “This is an indicator of Blackpink’s public awareness in the United States.”

As if conscious of the American market, Blackpink also packed their 2nd album in line with the latest pop trends. Most of the songs on the album, including the pre-release song ‘Pink Venom’ and the title song ‘Shut Down’, have a high proportion of English lyrics. The fact that there are many songs that were judged unacceptable to minors due to the use of profanity in the lyrics, such as the b-side songs ‘Typa Girl’, ‘Hard to Love’, and ‘Tally’. The fact that they show off their swag is also in line with the overseas pop trend.

Critic Kim said, “I have a strong impression that the album was composed according to global standards (international standards) such as English lyrics weight and content, visuals and performance. The fact that they presented the best female image is also in line with the pop trend,” he said. 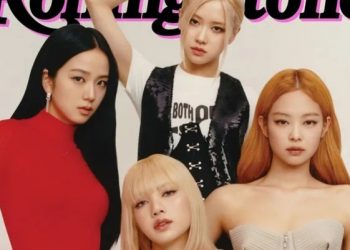 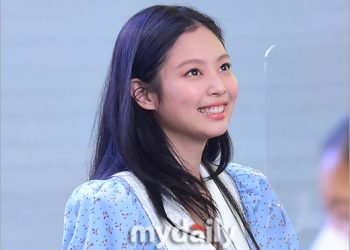 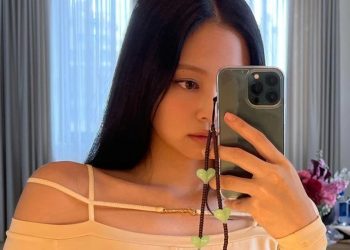