Recently, a photo was posted through various online communities, and stories of V and Jenny’s sightings on Jeju Island were reported. In the photo released on that day, two men and women wearing sunglasses were caught enjoying a drive together. Although it is a profile rather than a front view, with clear facial features, etc., there is speculation that it is V and Jennie, and rumors of a love affair that the two are enjoying a trip to Jeju Island together have been aroused.

In this regard, YG Entertainment, Jenny’s agency, and Big Hit Music, V’s agency, have not yet revealed a specific position.

Meanwhile, BTS, to which V belongs, announced their comeback by releasing the anthology album ‘Proof’ on June 10th. BLACKPINK, to which Jennie belongs, also predicted a comeback this year. 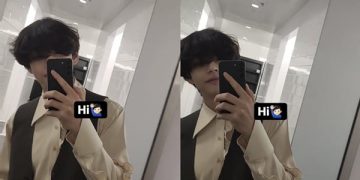