Many BTS fans are upset because their idol was included in a story by British GQ magazine that is not related to them.

On November 23, British GQ  magazine announced the list of “The most stylish people on the planet in 2023”. Out of the 23 names given, G-Dragon is the only Korean celebrity. It wouldn’t be controversial if famous magazines didn’t use BTS to elevate Big Bang’s leader.

G-Dragon was voted in the list of the most stylish people on the planet 2023 by the British magazine QG. Photo: UK

“G-Dragon sold out at stadiums in Seoul even before BTS was a Petri dish (for laboratory specimens) on the farm of the K-pop factory. Color hair? Women’s clothing? Chanel and campaigns for luxury brands? Partnering with Nike? G-Dragon did it first and he’s still out there,” GQ Anh described.

BTS’s fan community, Army, is outraged that the idol is called “a Petri dish in a Kpop factory farm”. They condemned the British GQ for disrespecting and racist against the 7 boys of the HYBE family.

“Please explain the use of such dehumanizing words to describe BTS?”, “How long will you continue with these inhuman acts against people of color? It’s disgusting”, “It’s ridiculous to introduce a Korean fashion icon by mocking another group of Koreans. How badly are BTS treated in the racist game of Asians becoming cyborgs with no autonomy?”, “It’s crazy to decide to perpetuate the inhuman racist rhetoric. counting towards Korean artists while trying to praise another artist is the way to go”… is a series of posts expressing frustration on behalf of BTS on Twitter.

In addition to condemning GQ Anh , many people do not understand why BTS is dragged into a story that is not related to them.

According to Koreaboo , in their journey to reach the world, Korean pop artists have to face a serious problem of racism. In the West, K-pop is often referred to as “factory music”.

Stars like GOT7’s Jackson Wang have directly spoken out against this malicious ideology. He believes that Korean artists are demoted while they also have to work as hard as Western artists to create authentic art.

British GQ magazine as well as those involved in the article have not commented on the allegation. 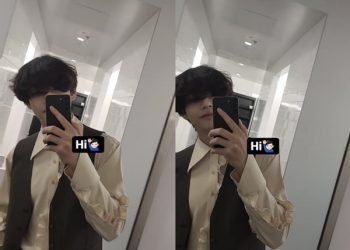 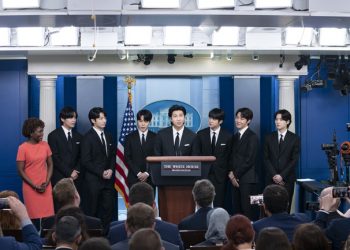 Jay Park posted a photo with Jungkook (BTS): Lots of compliments for the talented junior