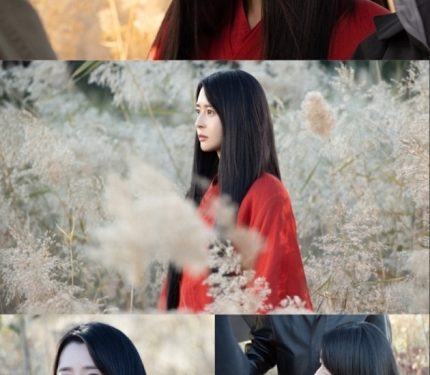 Kwon Na-ra’s appearance in tvN’s Saturday-Sunday drama “Bulgasal: Immortal Souls” surprised everyone with the existence of an immortal that exudes a mysterious atmosphere.

Kwon Na-ra, in “Bulgasal: Immortal Souls” appeared in her previous life 600 years ago, revealing behind-the-scenes cuts in the teaser video that captured the narrative of the play.

The photo released through her agency A-man Project on the 19th showed Kwon Na-ra performing enthusiastically as “Innocent” in the teaser video.

READ ALSO: A petition to Stop Airing Snowdrop controversy keeps pouring in, even after the first Episode

” Bulgasal: Immortal Souls” is a drama about a sad but beautiful story in which a man who has become an invincible man who cannot kill or die is chasing a woman who has been reincarnation for 600 years. In this drama, Kwon Na-ra plays Min Sang-woon, a mysterious woman with a mysterious fate that repeats past life and reincarnation, and in the first episode, she was surprised by the reversal that was “invincible.”

The shape of Kwon Na-ra, who turned into a ghost, is a sad but beautiful atmosphere and a mysterious image. In order to digest the scene, which is the most important starting point of the drama, Kwon Na-ra studied not only the scenes she appeared in but also the narration of various characters, and did not miss the script.

In addition, after the filming was completed with high concentration, she did not miss meticulous monitoring, listening to the opinions of the director and other various staff members, and perfectly creating the image of the mysterious existence of “Bulgasal: Immortal Souls”.

Kwon Na-ra is said to have established herself as the main character to see the success of The drama, Having been a hit in dramas such as “My Mister,” “Itaewon Class,” and “The Secret Royal Inspectors,” Kwon Na-ra will show a variety of sides in “Bulgasal: Immortal Souls” as a character that repeats reincarnation and the main female character, Kwon did her best on the set, drawing keen attention from viewers.

Kwon Na-ra spent a lot of time reading and reading the script for the upcoming drama, the agency said. “I also completed the character through communication with the director and staff. I will now appear as Min Sang-woon, who repeats reincarnation in the series so please give me a lot of encouragement She said.