Park Bo-Young bags her self 4 different Guidance Angeles in “Doom at your service Episode 13”. Woo Hee-jin, Da-won, Lee Seung-jun and Nam Da-reum are catching the eye with their “Park Bo-young Guardian” aspect.

tvN’s Monday-Tuesday drama “Doom at your service” is making me heartthrob with the fantasy romance that guarantees the life of Dong-Kyung (Park Bo-young) and everything that disappears with little time left. Among them, Kang Soo-Ja (played by Woo Hee-jin), Tak Sun-Kyung (played by Da Won), Dang Dang-myeon (played by Lee Seung-jun), and Gwi Gong-ja (played by Nam Da-reum) who are standing by the side of Dong-Kyung and cheering for her life, it gives off a strong presence. First of all, Dong-Kyung has Aunt Su-ja, who is a “strong supporter” instead of her parents. Su-ja is a twin sister of her mother and has been taking care of Dong-Kyung and Sun-Kyung since their parents died in an accident. As soon as Su-ja heard that Dong-Kyung was sick, she returned home and is showing her affection by visiting a hospital with Tak, guarding her, and taking care of her. In particular, Su-ja pretends to be calm in front of Dong-Kyung, thinking that she shouldn’t collapse, but in the back, she cries out for fear, which makes even the viewers cry. Above all, Woo Hee-jin, who plays the role of Su-ja, expresses her affection for Dong-Kyung with delicate emotions, making viewers more empathetic.

At the same time, Dong-Kyung’s younger brother, Sun-Kyung, is smiling with the aspect of “wishing for his cute older sister’s health.” s had previously been so immature that he took pocket money by lying to Dong-Kyung and lied as if there had been a major accident, making her worry. However, Sun-Kyung is drawing attention with a 180-degree change, saving money as a part-time job at a cafe and taking care of Dong-Kyung’s favorite fish-shaped bun and walnut cookies, thinking that he should protect his sister after learning that Dong-Kyung’s is sick. In particular, Da-won, who plays Sun-Kyung, is drawing attention by expressing his change of heart with changes in his facial expressions and speech, as well as giving off the charm of a real brother by completely melting into the character despite it being his first act.

Meanwhile, Dangdang-myeon is spreading its warmth to Dong-Kyung’s “warm-hearted doctor.” Dangdang-myeon is the person who made Dong-Kyung realize that it is a glioblastoma. After that, the party said, “Save me.” Instead of saying, “Please hang in there,” he handed over his wedding invitation to come to his wedding three months later, and heartwarmingly cheered Dong-Kyung’s, who came to receive treatment, saying, “It’s always nice to see you being nice.” Moreover, Lee Seung-jun is making people cry with his eyes and smiles that fully express his sincerity toward Dong-Kyung.

In addition, the prince raises his interest in the aspect of the “Yeonha-nam of Tsundere” who comforts and supports Dong-Kyung in his own way. The prince is a top-class writer of Life Story, which used to be a company Dong-Kyung’s work, and in the beginning, he created anger by controlling Dong-Kyung’s. However, after hearing that Dong-Kyung was sick, he signed his autograph in her hands, calling it a talisman, and visited Dong-Kyung’s to the hospital to make life easier, showing a smile. Above all, Nam Da-reum is drawing attention by embodying his character in three dimensions based on his irrefutable bravado and the solid acting skills that he has built up from his childhood.

As such, Su-ja, Seon-gyeong, Dang-myeon, and Gwi-kong-ja are heart-rending, hoping time-honored Dong-Kyung’s, will survive happily. However, Dong-Kyung chose to erase the Myul-Mang from her memory to protect all of her loved ones and was doomed to die no matter what. Attention is being paid to whether Dong-Kyung can continue her life or not.

Meanwhile Doom at your service Episode 13 will be aired at 9 p.m. on the 21st. photo=TvN’s 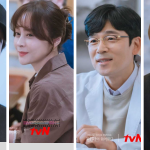 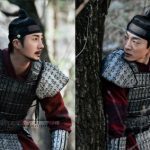