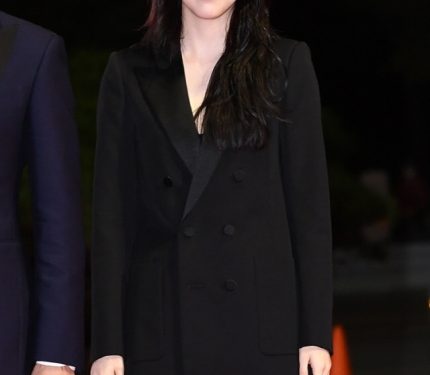 As reported by Sports Chosun on the 3rd, “Han So-hee suffered an injury to her face while filming her Upcoming drama “Gyeongseong Creature” (working title), and she is now heading to the emergency room.” Han So-hee was reported to have injured her face while filming a high-level action scene in ‘Gyeongseong Creature’. She suffered an eye injury, leaving her open to the possibility of surgery.

‘Gyeongseong Creature’ depicts a creature thriller in the spring of 1945, when the darkness of the times was the darkest, in which two youths, whose only survival was everything, confront a monster born of greed. Han So-hee’s action scenes are particularly large because it tells the story of the protagonists who fight fiercely on the borderline between life and death.

Because more than half of the drama was done in action, the risk of her injury was high.

Later on the same day, a representative from her agency 9ato Entertainment confirmed, “Today (August 3), Han So Hee suffered a facial injury while filming ‘Gyeongseong Creature.’ Fortunately, it’s not a major injury. She’s not in a state where she has to get surgery.” They added that although it won’t be necessary to change the filming schedule, they’ll have to keep an eye on her as she take sufficient rest because it’s a facial injury.

‘Kyungseong Creature’ is a drama chosen by Han So-hee and Park Seo-Joon and collected topics. Writer Kang Eun-Kyung, who completed the ‘Romantic Doctor, Teacher Kim’ series, and ‘Stove League’ director Jeong Dong-Yun work together. It is expected to be released in 2023.