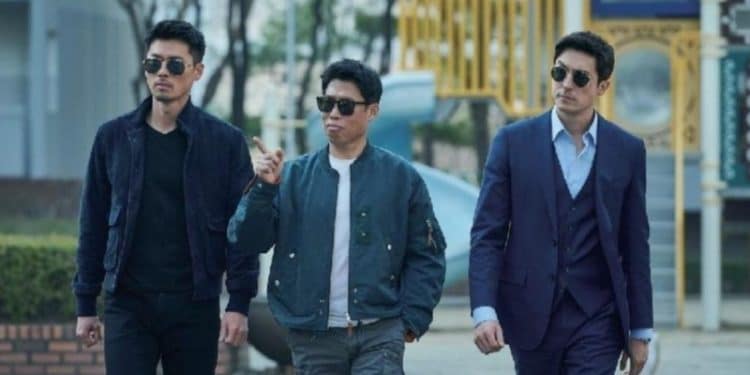 Hyun bin’s new movie “The confidential assignment 2” with the participation of Hyun Bin is receiving a lot of attention from the audience.

Confidential Assignment 2: International is a film that is receiving a lot of attention and anticipation from the audience after the crew confirmed that the main cast includes famous names: Hyun Bin, Yoo Hae Jin, Im Yoona, Daniel Henney, and Jin Sun Kyu.

Recently, the first image of the movie was revealed, which immediately attracted the attention of the people and became a hot topic of discussion on social forums.

The uploaded photo has the appearance of three famous actors: Hyun Bin, Yoo Hae Jin, and Daniel Henney. However, all the attention seems to be focused on Son Ye Jin‘s husband, one of the characters that play an important role in the success of the work.

Compared to the first part of the movie, Hyun Bin’s image this time is still commented on by the public as still very cool and somewhat new. However, many viewers saw the difference in the actor’s appearance right after the photo was published.

Specifically, the actor seems to have a lot more flesh and skin compared to the time he appeared in part 1, in 2017. Meanwhile, some information said that Hyun Bin The movie says the role was loved by the family, He required a bit of weight loss.

Before this problem, Son Ye Jin was immediately surprised by netizens. Because the second part of the movie started filming, it was also when the couple “Crash Landing on You” were officially dating and happy together. Netizens, therefore, blame her for being so “cool” that our male lead is a bit fat.

Confidential Assignment 2: International is in the process of completing the film and is expected to be released in September 2022.