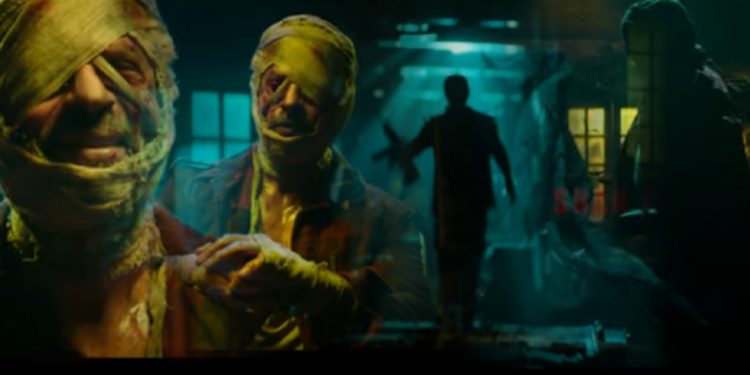 Shah Rukh Khan is all set for a grand comeback in Bollywood. The actor will soon be seen in Atlee’s film and will star with South actress Nayanthara for the first time. Earlier, Pinkvilla had exclusively reported that the title of the highly anticipated film is Jawan. The source revealed, “The film is titled Jawan and the announcement will be made soon by releasing a teaser which is about 1 min 34 seconds long.” Now, the makers have shared a major hint and reportedly SRK will unveil the teaser of Jawan today.

Shah Rukh Khan and his wife Gauri Khan’s production house, Red Chillies Entertainment shared an official note on their social media handle and captioned it: “We know, you have been waiting and it’s almost here! See you at 2 PM.” The note reads, “Today 2.00 PM. We announce our most ambitious movie!” However, the makers have not shared any details about the film. Soon after, fans reacted to the announcement and expressed their excitement in the comments section. A user wrote: “Omg can’t wait now.” While another user commented: “@redchilliesent @iamsrk bring it on Jawaan teaser.” A third user wrote: “King is back.”

Jawan also stars Sanya Malhotra in an important role and Nayanthara will essay the role of an investigating officer, while SRK will reportedly be seen in a double role in the film. Earlier, a source close to us revealed that SRK’s first character will be seen in the role of a son who is a gangster and the other would be the father who plays a senior RAW officer.

Apart from Jawan, SRK will be seen next in Pathaan opposite Deepika Padukone and John Abraham in the lead. He also has Rajkumar Hirani’s Dunki which features Taapsee Pannu.