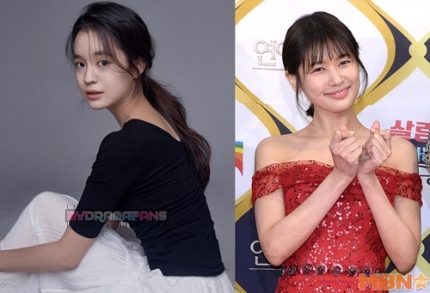 Park Hye-eun gets off the train and Jung So-min joins the cast of “Resurrection”. With actress Park Hye-eun dropping out, the possibility of actress Jung So-min joining as the heroine of Drama has been raised. So-min’s agency Blossom Entertainment (Bloom) told MBN Star on the 8th, “It is true that Jung So-min was offered to appear in the upcoming drama and she has not made the final decision yet.

tvN’s upcoming drama “Resurrection” is a new film by Hong Sisters, who wrote “Sassy Girl Chun-Hyang,” “The Best Love,” “A Korean Odyssey” and “Hotel Del Luna,” and directed by Park Joon-Hwa of “Because This Is My First Life” and “What’s Wrong with Secretary Kim?”

“Resurrection” is a historical drama about young drinkers dealing with Chun-gi, and received much attention as actors Park Hye-eun, Lee Jae-wook, Hwang Min-Hyun, Oh My Girl Arin and Oh Na-ra were cast early on.

Meanwhile, there was a rumor that Park Hye-eun, who appeared in Netflix’s original series “The School Nurse Files” dropped out due to a lack of acting skills, while tvN admitted that “Park Hye-eun, who had been cast, dropped out after consultation with the production team.”

However, tvN explained, “We worked hard to prepared her for the drama despite her being a rookie actor, but we felt a lot of pressure to lead the play as the main character of a big project drama,” adding, “We talked a lot with the actor and decided to get her off the show because we respected the mutual opinions of the production team and the actor.”

Meanwhile, Jung is currently starring in JTBC’s Wednesday-Thursday series “Monthly House Magzine.” and has shown solid and individualistic acting skills by appearing in dramas such as “My Father Is Strange,” “Because This Is My First Life,” Meanwhile, attention is being paid to whether Jung So-min will fill Park Hye-Eun’s vacancy with her rich acting skills.