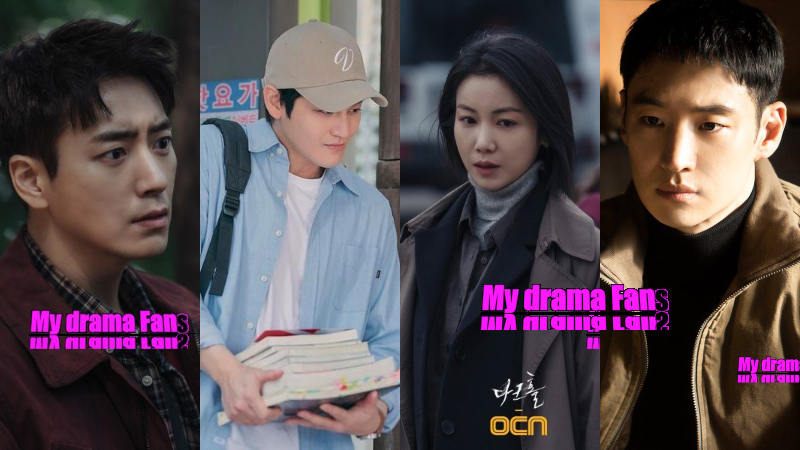 As the end month of March 2021 is upon us, so we better get in all of those dramas that are still sitting on our watch lists for the month of April! In case you’re all caught up in the month of March, April is here with some new ones for us to dig into. Let’s see what we have to look forward to next edition of “Korean Dramas You Need to Be Watching.”The monthly sequel is meant to keep you updated on what’s happening in that amazing world of Korean dramas so that you don’t miss out on anything! Here are the kdramas you should keep an eye out for in April 2021.

Dark Hole– will tell the story of a group of survivors who have to fight for their lives against mutants that are created when humans breathe mysterious dark smoke from a sinkhole. Lee Hwa Sun is a police detective in the Seoul regional investigation unit. Lee Hwa Sun’s life is turned upside down when she receives a phone call from her husband’s murderer, telling her to come to “Muji city.” However, the people in Muji have been transformed into monsters after breathing in a mysterious dark smoke. Lee Hwa Sun must not only fight to survive but also battle her fear to capture her husband’s murderer. Yoo Tae Han is living in Muji city he once worked as a detective but quite due to circumstances, he now works as a wrecked car driver. He has a carefree personality and likes to joke around, but he has a strong sense of justice.

Taxi Driver best on webtoon of the same name, the taxi driver will tell the story of a mysterious taxi company that takes revenge on behalf of victims who are unable to get justice from the law. Kim Do Ki is a mysterious driver for the taxi company whose mother was murdered. Kang Ha Na is a passionate attorney. Go Eun is an IT specialist.

Amor Fati – A healing drama about the reset of the lives of people who stand up again in a moment of sorrow. A single woman fighting cancer and a penniless single father meet and depict a healing romance for both sides to heal each other’s wounds.

Real Estate Exorcism – the drama is about real estate sellers who exorcise and clean outbuildings in which ghosts frequent and people have died in. Although Daebak Real Estate’s boss and exorcist Hong Ji Ah (play by Jang Na-ra) seem perfect with her beauty and intelligence, she’s a hot-tempered exorcist whose fists come before her words. Her ability to exorcise has been passed down from her mother.
Oh In-Beom (Jung Yong-Hwa) is a swindler. He often uses ghosts in his schemes to make money. Hong Ji-A and Oh In-Beom work together to disclose a secret about the death of Hong Ji-A’s mother, who died 20 years ago.

Law School – A law professor at a prestigious law school and his students get involved in an unprecedented case. Yang Jong-Hoon (Kim Myung-Min) is a former prosecutor. He is now a professor at a prestigious law school. He is straightforward and tends to unleash biting remarks. Students don’t like him because of this, but Yang Jong-Hoon does not care what his students think of him. Yang Jong-Hoon is focused on cultivating personnel for the law field, members who will be able to contribute meaningfully. Professor Kim Eun-Sook (Lee Jung-Eun) is his only colleague that he can speak openly with.

Kang Sol (Ryoo Hye-Young) and Han Joon-Hwi (Kim Bum) are first-year law school students. Kang Sol barely got into law school. She comes from poor family background. At school, she is surrounded by students who are smart and come from wealthy backgrounds. She feels insecure and even shameful due to her background. Kang Sol slowly learns about the true legal profession. Han Joon-Hwi is at the top among first-year law school students. He is an attractive young man with leadership qualities, but he has a secret.

Undercover – Han Jung-Hyun (Ji Jin-Hee) is an agent of the NIS (National Intelligence Service). While he studied at the police university, he was selected by the NIS. He then worked on a top-secret case and he met Choi Yeon-Soo (Kim Hyun-Joo). Using his alias, he fell in love with her, and they eventually married. Meanwhile, Choi Yeon-Soo works as a civil-rights lawyer who seeks justice and the truth. She is nominated for the Chief of the Civil Servant Corruption Investigation Unit. Because of her nomination, her husband’s true identity becomes involved in an uncontrollable situation

Which of these dramas are you excited to enjoy watching in April 2021? Voice out your thoughts in the comments section below. Make sure to get caught up because more dramas are coming your way