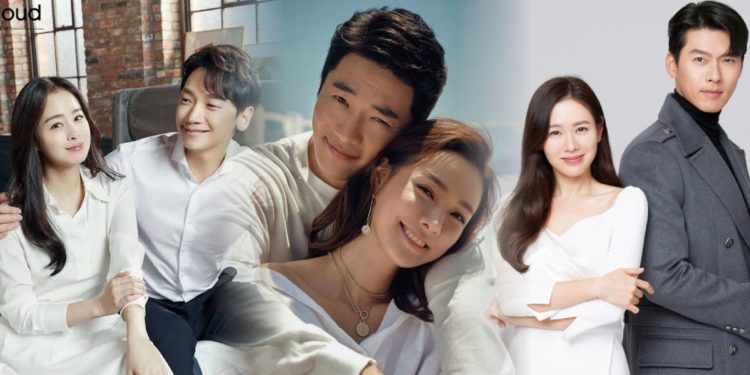 Korean star couple The real estate block that these couples own makes the public admire.

In addition to their success in the field of acting, these famous Korean celebrity couples also own a “huge” fortune thanks to the real estate business. Husband and wife  Kim Tae Hee – Bi Rain ,  Hyun Bin – Son Ye Jin  or  Kwon Sang Woo – Son Tae Young  are couples called “real estate giants” by the audience.

Bi Rain and Kim Tae Hee are both stars with solid positions in the Korean entertainment industry, having been active in the arts for a long time, so it is understandable that both of them possess a large fortune. However, the couple’s larger source of income comes from the real estate business.

On Korean news sites, many experts say that the couple Kim Tae Hee – Bi Rain are quick-witted people with smart investments, thanks to which the couple’s assets continuously increase year by year.

According to statistics from the show “Entertainment Weekly Live” (KBS), Kim Tae Hee and Bi Rain have a fortune of 81.4 billion won (equivalent to nearly 63,906,040.29 USD ). In addition, they are owning many high-value properties including a villa worth USD 11.1 million and a building worth USD 22.2 million. Both houses are located in the high-class Cheongdamdong area in Seoul, South Korea.

The famous couple also bought 2 expensive villas in Hannam The Hill area to give to their parents.

READ ALSO: Kim Ji-won and Son Seok Gu are missing each other in My liberation Note.

The two stars of Asa drama “Crash Landing on You” are also known by the public as a “super-rich” couple in the Korean entertainment industry. Both have a long time working in the showbiz, making “huge” money through acting work and advertising contracts.

Like husband and wife Kim Tae Hee-Bi Rain, Son Ye Jin, and Hyun Bin own a huge amount of property, especially real estate, after moving into the same house.

Son Ye Jin is quite “cool” and has achieved success in the real estate business. She owns a commercial building worth 14.4 million USD

located in Gangnam District, Seoul. In addition, the actress has a house located in the land of the Korean elite, worth about 180 billion VND.

Hyun Bin also owns an apartment in the super luxury villa area Mark Hills in Heukseok-dong. The actor’s apartment costs about 61 billion VND. Mnet’s TMI News Show once revealed that Hyun Bin bought a luxury villa in 2009 for 2.70 billion won and sold it in 2020 for 4.0 more than 4 billion won.

At the end of 2021, Hyun Bin bought a penthouse for about 4.8 billion won to make a home with Son Ye Jin after getting married.

The total assets of the actor “Stairway to Heaven” Kwon Sang Woo and his wife amount to more than 56125.20 USD (statistics in 2020). As one of Korea’s top actors, Kwon Sang Woo’s ability to make money is unquestionable, but he also got rich quickly through the real estate business.

The actor also bought his wife a penthouse at the Gold Coast resort in Australia, worth 1.7 billion won. He also owns a factory in Seongdong district, Seoul with a value of 8 billion won

Kdrama fans What did you think about these Korean star couples Mass of wealth? Voice out your thoughts in the comments section below.