They continued, “Despite Lee Seung-gi’s successful singer activities, it is extremely unfair that the agency’s hook’s music source revenue payment is 0 won and that Lee Seung-gi’s request to confirm the music settlement details filed a year ago was ignored.”

At the same time, he said, “We, Irene, are very angry at the fact that the agency hook planted a sense of self-blame and self-blame on the celebrity Lee Seung-gi for 20 years through psychological dominance and oppressive behavior.” They demanded termination of the exclusive contract due to violation of obligations, compliance with business ethics as an entertainment management company, and cessation of threats and slander.

In response, they argued, “Lee Seung-gi requested the details of the settlement several times, but Hook Entertainment avoided providing the details by making various false excuses such as ‘You are a negative singer’.”

On the other hand, on the 21st, CEO Kwon of Hook Entertainment said, “If the part that Hook or that individual is legally responsible for is clearly confirmed in the future, we will not back down or evade and take full responsibility.” Chuseok holiday, the star that suits the most in hanbok, Did Park Bo-gum, and Lee Seung-gi Defeat BTS?

Lee Seung Gi secretly married his girlfriend in the middle of a noisy management company for 18 years. 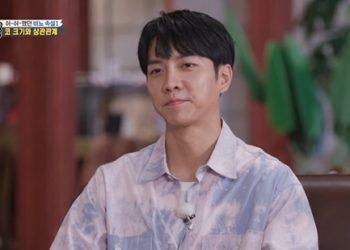 Lee Seung-gi at all the butlers, Feel Confidence in front of a Urology Specialist.