Park Ji-Hyun, the youngest son of a conglomerate, show a visual restaurant where everything is ‘cool’ 4 hours ago
Lee Joon-gi Arthdal ​​Chronicles 2, excited about co-star surprise coffee truck gift 4 hours ago
Kim Se-jeong is shyly certified as glamour Wearing a red dress that is perfect on her body 5 hours ago
Kim Seong-Joo and Choi Soo-young confirmed as MCs for ‘MBC Drama Awards’… phantom breathing notice 5 hours ago
Park Seo-Joon The Marvels: Romur has it that he will play the role of Amadeus Cho 5 hours ago
SHINee member Minho revealed his impressions of debuting as the last solo member of the group 1 day ago
BLACKPINK was named “Entertainer of the Year” by TIME. 1 day ago
What does Hyun Bin’s ex-lover have that even the ‘drama queen’ Park Min Young has to be wary of 1 day ago
Jungkook (BTS) holds the title of Most Popular Kpop Star on Tumblr for the 5th year in a row 1 day ago
work later drink now season 2 Cast Interview – Details 1 day ago

The love story in “My Liberation Note” is so “boring” to be addictive it?

The article reveals some details about the Drama

The journey of finding love of the three Yeom sisters in My Freedom Diary is neither romantic nor flowery, but deep and captivating.

When love turns to a new level with two words “cult”

Mi Jung, an introverted girl, is always hiding in the design office of a company in Seoul. She is quiet, has a quiet personality, and never participates in company activities or even hangs out with her colleagues It is unknown if her personality is inherited from her father – a poor Sanpo man “from head to toe” as described by Mi Jung, or from the obsession with love with ex-boyfriends.

It was thought that she would live like this for the rest of her life, but her instinct to seek happiness rekindled, slowly With each passing day, she returned home on a crowded subway train, and the feeling of loneliness grew stronger. Is it because there is no one to like, no one likes me, just go to work and come back, all relationships are just social, making Mi Jung exhausted and exhausted in silence?

But on that dark path to happiness, she found a soul just like her, Mr. Gu – a mysterious, reclusive man near her house. It seems that that desire for happiness has made Mi Jung a completely different person, she opens her mouth to that strange man, thanks to him “worshipping” her, even though she is quiet and has never dared to open her mouth. word to anyone. Yes, you didn’t hear me wrong, even Gu had to Google this word. For Mi Jung, she doesn’t need someone to love but just needs someone by her side to cheer, encourage and reassure her every time she’s in trouble.

Waiting for each other at the train station, going back together, drinking together are all on the to-do list of “cult”.

And Gu also silently “worshipped” her the way Mi Jung wanted. Waiting in front of the Dangme train station every afternoon when she gets off work, buys ice cream and water for her to eat, invites her to eat her favorite food when she gets paid, and rushes to the cafe to wait for her to run the deadline, drives her to the bus station bus in an old truck, giving her the last piece of food left on his plate, even jumping over a ditch in the field just to get a hat she accidentally blew away.

Those seemingly small actions, very lacking in flowers, not colorful, but strangely close, warmed the hearts of two clumsy, introverted people who longed for happiness and freedom.

Read Also: Kim Ji-won and Son Seok Gu are missing each other in My liberation Note.

Don’t stop being shy, face your true self, even when in love

Ki Jung – the eldest sister of the Yeom family, is nearing her early 40s but still has no one to love. She silently lamented her fate, blamed herself for being picky, for being unkind to the boys before, and now she’s still alone even though her age is no longer young. She has a frank personality, too natural, sometimes even saying “a bit too much”, in previous meetings, she was always the one to take the initiative to talk, even talking too much made the guys “run away”.

She also declared that “those who have children” will never have a door with her. Yet, ironically, no one is spared, she secretly loves and misses the single publicist Tae Hoon. She decided to overcome her fear to confess. But also preparing a backup plan if she was rejected, she insisted on asking her brother to stage a stabbing so that she would fake fainting so as not to lose face. Although she predicted the negative results, the feeling of fear would steadily increase if someone refused again, but she did not choose to give up, but stepped over her own fear to say love.

Tae Hoon himself is also overcoming his fear as a young father with a school-age daughter, he also wants to fall in love again, but does not know where to overcome his obstacles.

Both of them, are frank with each other’s problems, they choose to live honestly when in love rather than too flowery words, thereby causing each other to melt gradually thanks to the feeling of being themselves, comfortable. be true to yourself.

I like the eldest sister Ki Jung, when “worshipped” Mi Jung also becomes a freer person. She freely told petty stories such as “the frog died on the train”, and “likes to squeeze cute things” on the way home from work, making Gu chill. She got angry when he criticized her for not being strong in asking her boyfriend for money, holding a stick to chase wild dogs waiting in the field to protect Gu, and even texting him to “encourage” him, ready to accept. who you are, no matter what kind of person you are

In love, trying to be perfect in the eyes of the other person will only make you more tired. Instead, face your true self, so love is also more real and lasting.

One door closes but another one opens, give yourself a chance to be loved

Mi Jung always meets ex-boyfriends who often pretend and steal her money blatantly but with a noble appearance. not forever entangled with those bad guys, she opened her heart to Mr. Gu, because this person was “rough and transparent”, making her feel comfortable around him.

Same with Mr. Gu, even though his past was a pimp and even indirectly caused his previous woman to leave, he dared to open his heart to Mi Jung, share and encourage her with the smallest gestures. . He faced his own “ditch”, daring to jump over to look for another chance, the chance to be warm and loved.

The oldest sister Mi Jung is no exception, even though she missed the previous boys to forever search for the prince of her dreams, she still allowed herself to confess, courageously continue without ever giving up the opportunity. . But thanks to that, she can see herself, have the opportunity to be closer to the person she loves.

This door is closed, but another will open. Don’t get too caught up in an old and boring relationship, free yourself to find better, more suitable people. 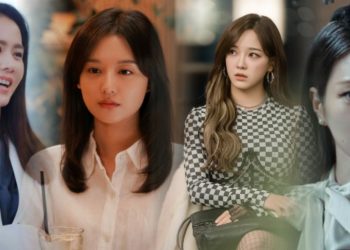 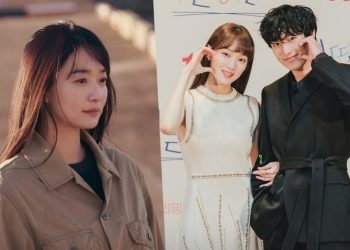 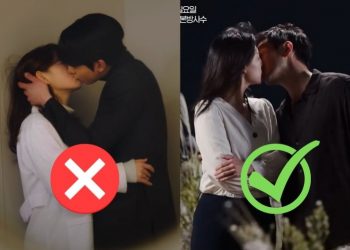 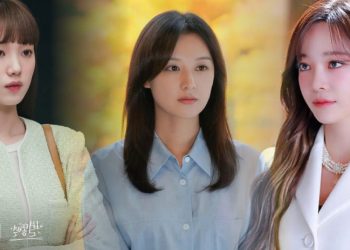 The office style of the 3 hottest K-drama female leads in the first half of 2022: Simple people, colorful people