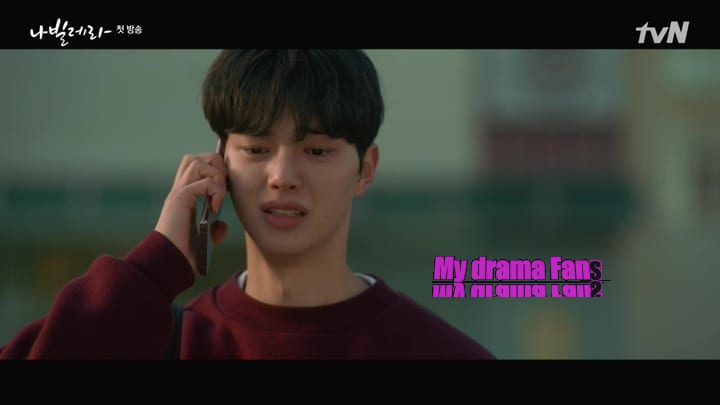 When it involves webcomic drama adaptation Korean drama industry is the best, there are some popular webtoon adaptation dramas out there with some additions. From Itaewon class, a mystic pop-up bar, the uncanny counter to True Beauty, this genre of drama has been explored numerous times. However, it always seems to come up with something new and interesting.

tvN’s New webtoon drama Navillera gets off to a really good start. With some compelling themes, an intriguing narrative hook, and a lot of potentials to evolve from here, Navillera opens with a really good episode, as it introduces its two main characters a young ballerina who is losing focus for his dance passion and an old man who dream of becoming a ballet dancer at the age of 70th.

EPISODE ONE, START with elder men sitting in a funeral hall. SHIM DEOK-CHUL (Park In-hwan) with his friends in a funeral hall eating and drinking as one of their friends has passed away, and they lament that there seems to be fewer of them every time they meet up nowadays.
At the age of 70, Deok-Chul decided to give up alcohol for his health, conversion turns to be serious among the old folks, bringing back the memories of their old days, the boring days of retirements, health, and strength. There were no signs of sadness on their faces, though they lost a friend and Deok-Chul, think that “As you get older, you get used to goodbyes.” After leaving the funeral hall, Deok-Chul gets a call from a friend telling him to bring alcohol. Emerging from a shop, he hears classical music playing and follows the sound to a dance studio where a male ballet dancer is practicing alone, Deok-Chul watches him through the window.

Chae-rok is a passionate ballerina, as he strikes his last pose he catches a glimpse of Deok-Chul watching him in the mirror, but when he turns around he only sees Deok-Chul’s back as he hurries away. Meanwhile, Chae-rok’s teacher KI SEUNG-JO (Kim Tae-hoon) watches him practice, looking dissatisfied, due to audition for the National Ballet in a few days but Seung-Joo doesn’t think he’s focusing properly. YOO ANNA (Lee So-young), the pianist, tries to defend Chae-rok, but he disagrees with her excuses and takes a break.
However, his teacher follows him into the break room. He asks whether his distraction is related to his father, and Chae-rok replies that he doesn’t have a father before shrugging off Seung-Joo’s concerns.

Leaving the dance studio, Deok-Chul goes to visit a friend in a nursing home, bringing sweets with him rather than the requested alcohol. They seem to be very close, Deok-Chul’s friend tells him that as his body has gotten weaker his mind has gotten clearer, and he’s spent a lot of time thinking about his youth and the dream he never accomplished. he asks Deok-Chul if he has any dreams he never fulfilled — Deok-Chul doesn’t answer — and urges him that it’s not too late since he still has his health.

Back to Deok-Chul’s family gathered to celebrate his 70th birthday. His granddaughter SHIM EUN-HO (Hong Seung-hee) asks what he wished for when he blew out his candles, and his wife CHOI HAE-NAM (Na Mun-hee) cuts him off to say that he wished for his children’s health and success, and for good health for himself so he won’t be a burden to them. Deok-Chul doesn’t look good as though he agrees with that answer but doesn’t object.
He has a troubled elder son that seems to care only for himself, the eldest son looks down at his young brother and sister. Deok-Chul’s children start arguing with one another, while Hae-nam tries to stop her kids from arguing. Driving home from dinner, Deok-Chul and Hae-nam have a disagreement over giving her money. Deok-Chul thinks that they should live their own lives now their children are adults, but Hae-Nam says that her children are her life.

Back to Chae-rok side, who went to visit his mother’s ashes. He tells her that he has an audition soon, but that his father is getting released from prison the same day. His phone buzzes and he looks at it to find he’s been sent a harassing message: “You don’t deserve a good life, do you?” There are several more like it in the conversation history. It was non-other than YANG HO-BUM (Kim Kwon). In the small world, we are leaving, Deok-Chul granddaughter and Chae-rok are working in the same working place. burning by the passion of being a baller, Deok-Chul waits for the bus to head home, he sees a poster for a college ballet performance of Swan Lake, staring at the post for a long and head home.

Meanwhile, Chae-rok is working at his part-time job when YANG HO-BUM (Kim Kwon) walks into the restaurant with a group of friends who look like trouble. After they eat he confronts Chae-rok, complaining loudly about how unfair it is that his father will be released from prison soon after he ruined people’s lives. He echoes the text Chae-rok got earlier: “You don’t deserve a good life, do you?” Chae-rok doesn’t respond and volunteers to pay the bill when Ho-bum leaves without paying. As he’s getting changed after his shift, Chae-rok thinks back to when he was in high school. He was pleading with Ho-bum about his dad’s situation, but Ho-bum punched him, furious that he would ask for help after quitting soccer. after watching a group of college performances Chae-rok goes straight to a chiropractic clinic, he meets with his doctor friend who treats his knee even though the clinic’s closed. He tells Chae-rok that he shouldn’t be dancing on it, and advises him to rehab it after his audition.

Back to the dancing studio, Chae-rok is practicing and his knee gives way when he lands. He attempts a jump again and again but fails every time. Seung-Joo arrives and stops him, angrily telling Chae-rok that what he’s doing isn’t ballet. His dance has no emotion that is following the routine mechanically. When they first met, Chae-rok had told him that he followed his emotions when he danced, his a teacher told him to forget about the audition If he can’t pull himself together. At home, Deok-Chul can’t sleep. He tells Hae-nam that he saw a ballet performance today and envied the young dancers on the stage. In 70 years he never had the courage to dance, and now it’s too late for him.

CHAE-ROK AUDITION AND HIS FATHER LEASES FROM PERSON

Chae-rok went to the audition hallway while he waits, but keeps glancing at the time. The audition manager surreptitiously tells Seung-Joo over the phone that Chae-rok is there, and wonders what his deal is. Seung-Joo responds that Chae-rok will be a lead dancer within the year. When his name is called, he’s disappeared, he goes street to the prison for his father, but he late as he was released earlier that morning. Just then Chae-rok’s dad calls him on a payphone to tell him that a friend has found him a job and he’s left Seoul, he hangs up. Crying, Chae-rok calls back repeatedly but his father doesn’t answer. “ did you remember Chae-rok telling the teacher, he has no father?”.

The drama continues as Deok-Chul thinks about Chae-rok’s dancing as he contemplates the newspaper boat. He remembers watching a ballet dancer through a window when he was a boy and falling in love with it, but his father refused to have a son who wore makeup and danced and would live a life of poverty. Chae-rok gets a glimpse of Deok-Chul watches through the window again, and he doesn’t leave when Chae-rok notices him.

Chae-rok is annoyed and asks what he’s doing there, and Deok-Chul replies that he wants to do ballet. Seung-Joo sits down with Deok-Chul and tells him that he doesn’t give lessons, advising him to try elsewhere. Deok-Chul says he wouldn’t have come if he was going to give up that easily. He insists that he genuinely wants to learn ballet. Deok-Chul being stubborn comes back day after day to watch Chae-rok and the other dancers practice, despite the lack of encouragement. He sits in the corner mimicking their movements, cleans the studio to try and earn his keep, and applauds Chae-rok’s dancing, much to Chae-rok’s annoyance.

Efforts pay as Deok-Chul gain the attention of Seung-Joo, eventually asks him why he wants to do ballet. Deok-Chul replies that he’s spent his entire life supporting his family, and has never been able to do anything he wanted to do. He knows he probably won’t succeed, but he at least wants to try. Later in his office, Seung-Joo provoke Chae-rok “he said, he looks pathetic next to that old man who desperately wants to learn”, Chae-rok is offended and says that Deok-Chul is the pathetic one. Seung-Joo is amazed by the look on Deok- Chul face and can’t stop thinking about what he said, he asks Chae-rok to be his teacher…what….
Oh, Deok-Chul is very happy while Chae-rok? Smile YOU CAN IMAGINE. 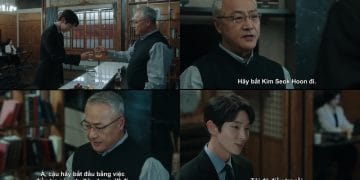 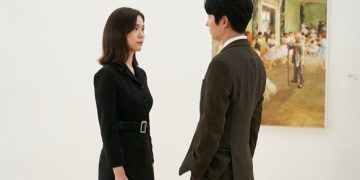 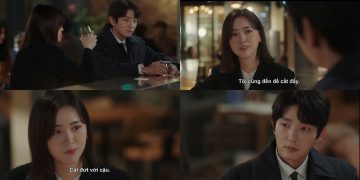