SBS ‘One Dollar Lawyer’ broke the double-digit viewer ratings from the first episode and took the first  place in the Friday-Saturday drama.

The new Friday-Saturday drama ,  ‘One Dollar Lawyer ‘ ( played by Namkoong Min, Kim Ji-Eun, directed by Kim Jae – hyeon, produced by SBS) broke through double-digit viewership ratings from the first week of its broadcast and is a hot topic . In particular , in the  second episode, it recorded the highest viewership rating of  12.7% at the moment, taking  first place in the entire Friday-Saturday mini-series . ( Courtesy of Nielsen Korea ,  based on metropolitan area )  In this way, in the first week of broadcast, the ‘One Dollar Lawyer’, successfully conquered the weekend mini-series Daejeon and started creating a box office sensation , find out the secret to capturing the small screen at the weekend .

Read Also: Blackpink tops billboard No 1 with millions of sales

Namkoong-min, who came to the screen with a new character for the first time in about  5 years, is getting a lot of praise for his acting skills. He freely switch between comedy and drama.

‘Cheon Ji-Hun’ , (Namkoong-min), is the most cost-effective legal hero that can be met with a single sheet of 1,000 won . The heroic figure saves a client with a sad story. For a moment,  provokes laughter by overturning an unfavorable trial with his meticulous logic, exploding ‘coolness’. Namkoong-min’s one-man show, returning as an unleashed geek, shows exactly what a title role should have . In addition , Namkoong-min’s acting, which embodies the trademark ‘ oral action ‘ of ‘Cheon Ji-Hun’s character ‘ with delicious dialogue processing and elegant diction, is strangely addictive . Therefore , expectations are high for the future of the ‘One Dollar lawyer’ , who showed off the charm of ‘ Namkoong Min’s defense drama from the first episode .

An uncomplicated case, a striking solution !

Like lawyer Cheon Ji-hun, who lowered the threshold for clients by receiving only 1,000 won in commission,  he captivated people of all ages with a story that can be enjoyed easily and comfortably.

In episodes 1 and 2 of ‘One Dollar Lawyer’ we see the story of a man who thought of an extreme choice in response to the unreasonable interest demands of a loan company. The story of the 4 criminals who were unfairly driven as pickpockets. Also violence against the apartment security guards. Nevertheless, by differentiating the way to solve the case, it completed the non-obvious fun . In fact , lawyer Cheon Ji-hun’s striking moves are fun to hit the viewers.

The actors’ chemistry from the start!

In addition to Namkoong-min’s one-man show, the acting ensemble of actors Kim Ji -eun ( Baek- mari )  , Choi Dae-hoon (Seo Min-hyeok ),  Lee Deok-hwa ( Baek Hyun -moo ),  Park Jin- woo (the general manager) and Gong Min -jung ( Na Ye-jin ) form a perfect set. Particularly, Namkoong-min and Kim Ji-eun created a relationship that roared all the time. It creates laughter, while Lee  Deok-hwa showed off a heavy aura with just a brief appearance, balancing the play. In addition, Namkoong-min and Park Jin-woo are sometimes like Sherlock and Watson, and sometimes like an old couple. The perfectly digested, inseparable combination adds flavor to the play in ‘One Thousand Dollar Lawyer’.

SBS  Friday-Saturday drama ‘One Dollar Lawyer ‘ is an exhilarating defense drama in which the fee is only one thousand won. His skills are by far the best, and Attorney Cheon Ji-hoon becomes the most reliable support for poor clients. It airs every Friday and Saturday at 10 PM . 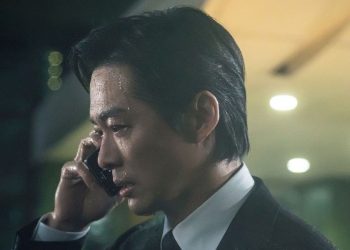