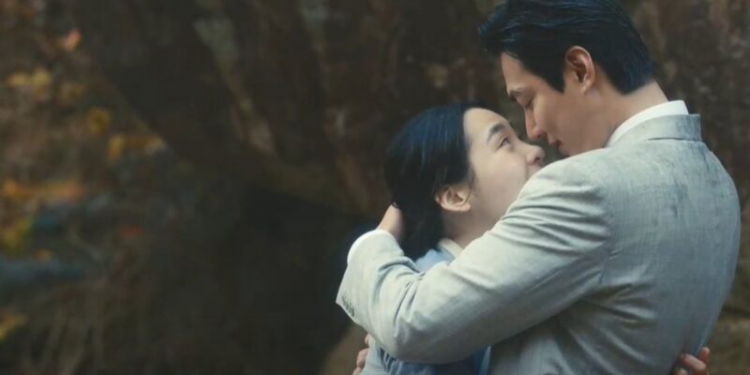 Pachinko Kdrama Review, After learning that his girlfriend is pregnant, Han Su (Lee Min-Ho) reveals the nature of Koh Hansu in the series.

As soon as the girl announced that she was pregnant, he suddenly changed his attitude and said that he could not marry her because he was married in Osaka with a wife and 3 daughters. However, that political marriage made Han Su suffocate because there was no love.

The girl naively thought that he would take responsibility and marry her, but no.

It can be said that Koh Han Su only sees her as a mistress, satisfying temporary pleasures and emotions, and has no intention of spending hundreds of years with her.

The audience thinks that Lee Min Ho’s role is a “trauma man” in the legend. Some public

– Asking someone’s daughter to get pregnant without marrying, asking permission not to idolize.

– Lee Min Ho is perfect for this role.

– Has the trend of brothers and sisters spread to the world?

Despite receiving mixed opinions, the audience must admit that the role in Pachinko suits Lee Min Ho very well. Thus, the actor is no longer framing the role, promising to bring a lot of emotions to the audience when watching the drama, Create a hidden image of Lee Min Ho in Pachinko.

In the movie, Lee Min Ho plays the role of Koh Han Su, a Korean businessman, extremely pompous, stylish but a pervert and does not use tricks to achieve his goal.

The female lead of the film is the village girl Sun Ja (Kim Min Ha). Han Su is attracted to Sun Ja from the first time he accidentally sees her. The two noticed each other at first sight.