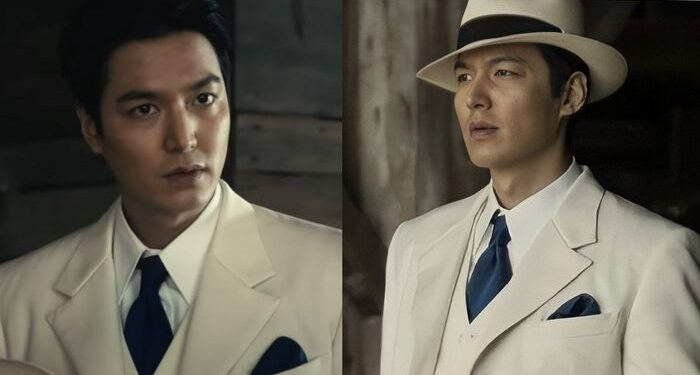 Pachinko: OTT integrated search and content recommendation platform ‘Kinolights’ released the integrated content ranking in the first week of April (4/4~4/8). This ranking is an integrated ranking that includes the contents within the OTT service provided in Korea and movies currently showing in theaters. Apple TV+’s ‘Pachinko’ took the top spot for two weeks in a row, continuing its solo system.

Based on the novel of the same name by writer Lee Min-jin, ‘Pachinko’ stars Yoon Yeo-jeong, Lee Min-ho, and Kim Min-ha and tells the story of the hopes and dreams of a Korean immigrant family. For the first time among Apple TV+ works, it has been maintaining its position for the second week, beating out new dramas, following its first place in the daily integrated rankings of Kinolights. ‘Pachinko’, the fifth episode of which was released on April 8, has only three episodes left until the end. Meanwhile, episode 1, which is being released on YouTube, has recorded more than 10 million views.

2nd place was taken by MBC’s Friday-Saturday drama ‘Tomorrow‘ which is based on a webtoon of the same name, is a human fantasy drama of the underworld office in which the messengers of the dead who guided the ‘dead’ now save the ‘people who want to die. Kim Hee-sun and Rowoon took on the lead roles in the Grim Reaper ‘Guryun’ and the half-human and half soul ‘Choi Jun-woong’, creating empathy with realistic episodes.

In 3rd place, the SBS Monday-Tuesday drama ‘Business proposal‘, which ended on April 5, climbed. ‘Meeting Inside’, which depicts the romance between the company’s CEO and an employee who cheated on their identity, took first place in the OTT integrated ranking in the 4th week of March. In addition, Ahn Hyo-seop and Kim Se-Jeong‘s romantic acting has been consistently well-received and maintained high topicality even after the end.

Then, the tvN weekend drama ‘Twenty-five Twenty One‘, which ended on April 3, took 4th place in the rankings. ‘Twenty-five Twenty One is a 1998 drama about the romance of young people who have lost their dreams to the times. Although it was engulfed in constant controversies, it has been attracting attention even after the end, with a strong fan base and an audience rating of over 10%.

5th place was taken by Marvel’s new dark hero drama ‘Moonnight’. Starring Oscar Isaac and Ethan Hawke, this drama tells the story of a museum gift shop employee, Steven, who uncovers the mystery of the Egyptian gods as he confronts other beings inside his body. It is currently streaming on Disney Plus.

In addition to the weekly content ranking, Kinolights provides an OTT trend ranking chart that allows you to check the overall popularity of OTT services, and a content ranking chart of Netflix, Wave, Teabing, Disney+, and Watcha. This ranking is calculated by analyzing about 100,000 movie, drama, and TV entertainment data and domestic and foreign media trend data.