[ Breaking News] Lee Seung-gi sent a notice of contract termination to Hook today 22 hours ago
Song Hye Kyo declares ‘will never forgive’, amid news of Song Joong Ki’s reunion 22 hours ago
Controversy over passing Hyun Bin in Japan seems to be due to the role of Ahn Jung-Geun in Harbin 22 hours ago
MAMA super red carpet day 2: J-Hope – Park Bo Gum is so handsome, Sohee is hot over the ice rink queen and A-list stars: Pictures 23 hours ago
the youngest son of Conglomerate Ratings: This Drama Do something unprecedented in the history of Korean films 23 hours ago
Revealing the Son of Hyun Bin and Son Ye Jin with the first series of photos? 23 hours ago
Kwon Jin-young, CEO of Hook Entertainment Says She will take responsibility even if she will dispose of her personal property 2 days ago
Nam Ji-Hyun Next Project After The success of Little Women 2 days ago
New Father Hyun Bin was suddenly on his way to Mongolia as the image was posted before His wife Give Birth 2 days ago
Jung Hae-in and Go Kyung-Pyo step on the Disney blue carpet with Asian actors 3 days ago

Actress Park Eun-bin Global recognition, she is receiving favorable reviews overseas for her role in ‘The King Affection‘ following ‘Extraordinary Attorney Woo Young-woo‘. The potential that has been solidified step by step since childhood she is seeing the light in the global OTT market with the interest in K-content increasing day by day.

On the 22nd (Korean time), the KBS 2TV drama ‘The King Affection’ announced that it was selected as the winner in the telenovela category at the ’50th International Emmy Awards’ held in New York, USA. The ‘International Emmy Awards’ is an award ceremony for TV works from countries other than the United States. Accordingly, ‘Yeonmo’ competed with works from other continents such as China, Spain, and Brazil and was selected as an award-winning work.

Although K-content is strong all over the world, it is never easy to win an award at each awards ceremony. Moreover, as the competition from continents and countries other than the United States is fierce, winning at the ‘International Emmy Awards’ is a clear feat. This is the reason why ‘The King Affection’ is being re-examined among domestic drama fans.

‘King Affection’, which ended in December last year, is a faction historical drama depicting the story of a twin brother and sister who were abandoned just because they were girls and live as men in place of her older brother, Se-son. Actress Park Eun-bin and SF9 member Rowoon played the lead roles and received great love. In particular, Park Eun-bin was praised for her natural portrayal of the dramatic setting of the ‘king of a woman dressed as a man’.

‘Woo Young-woo’ was also released to overseas fans through global OTT Netflix and received great acclaim. Following ‘Woo Young-woo’, ‘King Affection’ has been recognized by overseas fans. Centering on Park Eun-bin, the potential of K-content is being proven again.

With this opportunity, the public’s trust in Park Eun-bin is getting thicker. She debuted as a children’s wear model in 1996 and then worked as a child actress in various productions. Park Eun-bin, who monopolized her main child role in historical dramas such as ‘Empress Myeongseong’, ‘Taewangsa Singi’, and ‘Queen Seondeok’, has now established herself as a full-fledged actress.

Above all, to the public who watched her growth process, Park Eun-bin’s success story leaves a stronger afterglow and echo than any other drama. ‘Well-grown actor’ Park Eun-bin, who recently held an overseas fan meeting and realized her global popularity, how far will she go? At least in terms of her progress so far, the end of her growth has not yet appeared. It is especially nice to see the presence of a star who can handle the explosive growth of the content market.

Congratulations Park Eun-bin
You are an awesome talented actress💕
We live in Victoria Australia and discovered KDRAMA during our long Covid lockdowns and so we have seen both Kings Affection and Extraordinary Attorney Woo and love both of them the historical based and also the current acknowledgment of every day issues of today. While we were going through Covid Lockdowns both our grandchildren were diagnosed on the Autism Spectrum plus with other disorders. I can’t imagine how hard you would have to learn, train and work to portray one character.
Thank you 💕

Thank You to all who put Korean Dramas on Screen 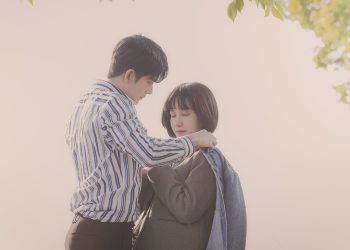 Kang Ki-young, To Take up A Leading Role in JTBC’s new drama ‘Going to the End 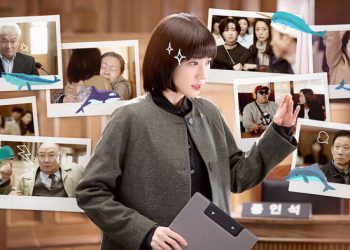