Under The Queen Umbrella Kim Hye soo, isn’t this why casting a one-top actor even though it’s expensive? 4 hours ago
Top 10 most handsome Korean actors: YoonA’s lover takes the lead, Song Joong Ki “disappears” 4 hours ago
Jung Hae In keeps his distance from his female co-star after “break up” with Jisoo (BLACKPINK) 5 hours ago
Curtain Call Ha Ji-won – Kwon Sang-woo, unusual air current “great change of heart” 5 hours ago
Cheer up Han Ji-Hyun And Bae In-hyuk, a romance that gained momentum 6 hours ago
Lee Jong Suk planted a bomb to threaten senior Kim Rae Won in the trailer of The Volume of Destruction 1 day ago
Song Hye Kyo And Son Ye Jin were once embarrassed just because of a saying of this 1 day ago
Song Joong Ki reveals his old beauty, far different from when he played in Reborn Rich 1 day ago
Kim Hae-sook and Kim Hye-soo have a blow of conversion. 1 day ago
Song Hye-Kyo cheered, and Dindin apologized 2nd time. We cried together when advancing to the Korean round of 16 1 day ago

Son Ye Jin is a secretive person on social networks, that’s why after almost 2 months of the super wedding, the “beautiful sister” returned.

After 2 years of dating, Hyun Bin and Son Ye Jin officially became husband and wife on March 31. Being a private person on social networks, it was not until May 19 that Ye Jin updated her Instagram for the first time after the super wedding. On her page, the actress posted a photo of her gathering with her best friend Song Yoon Ah and her husband Sol Kyung Gu with the caption, “Last night. Time and memories keep rushing back. A good day, a moment. nice engraving”.

Most notably, in this photo of Son Ye Jin, people suddenly noticed a man in a white shirt with his back to the camera. Based on the Pacific shoulder and tall physique, netizens couldn’t help but guess with interest that this character is Son Ye Jin’s superstar husband Hyun Bin. Not to mention, when zooming in, fans can also see her passionate eyes for this man in white. Fans believe that this is the photo taken during the trip of the couple to Jeju Island.

Previously, a rare image of Son Ye Jin during a trip to Jeju Island was also revealed. Fans can’t help but be excited because they think that Hyun Bin takes on the role of “deputy photographer” for his wife during this trip

This move of Son Ye Jin has made fans feverish because it has been a long time since she uploaded Hyun Bin’s photo on her page. The last time she did this was when the couple was promoting their drama  Landing on You. After being “revealed” by Dispatch, Hyun Bin and Son Ye Jin dated very secretly, not appearing publicly together until the super wedding that took place on March 31. After the wedding, the couple did not hesitate to show their affection at the airport or in crowded places.

It was not until the super wedding on March 31 that people could see with their eyes the sweet public moments of Hyun Bin and Son Ye Jin. 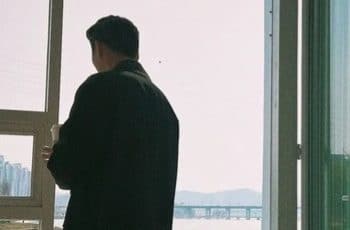 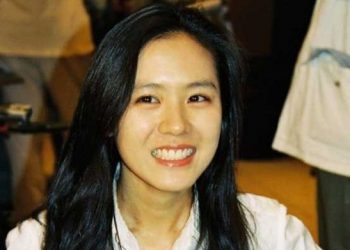 Korean beauties on motorcycles, this Actress Rock on large motorcycles, and Song Hye Kyo is simple and still beautiful