Under The Queen Umbrella Kim Hye soo, isn’t this why casting a one-top actor even though it’s expensive? 5 hours ago
Top 10 most handsome Korean actors: YoonA’s lover takes the lead, Song Joong Ki “disappears” 5 hours ago
Jung Hae In keeps his distance from his female co-star after “break up” with Jisoo (BLACKPINK) 5 hours ago
Curtain Call Ha Ji-won – Kwon Sang-woo, unusual air current “great change of heart” 6 hours ago
Cheer up Han Ji-Hyun And Bae In-hyuk, a romance that gained momentum 6 hours ago
Lee Jong Suk planted a bomb to threaten senior Kim Rae Won in the trailer of The Volume of Destruction 1 day ago
Song Hye Kyo And Son Ye Jin were once embarrassed just because of a saying of this 1 day ago
Song Joong Ki reveals his old beauty, far different from when he played in Reborn Rich 1 day ago
Kim Hae-sook and Kim Hye-soo have a blow of conversion. 1 day ago
Song Hye-Kyo cheered, and Dindin apologized 2nd time. We cried together when advancing to the Korean round of 16 1 day ago

Song Hye Kyo, Son Ye Jin,… have met a lot of criticism for their inappropriate roles.

Although extremely famous and widely known through the character they have incarnated, Korean beauties still cannot avoid “choosing the wrong role” in their career. Song Hye Kyo and a series of other famous names are no exception when they have received many criticisms from the audience.

Among the most popular female actors in Korean Showbiz today, Song Hye Kyo is probably the name that has “sloped” the most compared to her contemporaries.

The drama ” Encounter“ in collaboration with the male actor Park Bo Gum was extremely awaited by the audience in the early days of its release. But also very quickly, the project that seemed to be a super product turned into a pathetic “bomb”, making her fans extremely disappointed.

Most recently, her drama  Now, We Are Breaking Up (Now, We Are Breaking Up) with the participation of her “Korean beauty” also encountered many storms when it was broadcast. She was criticized for acting as one color, without development, even though she is one of the leading stars of the Hallyu wave and has more than 20 years of experience in acting. The movie’s rating therefore also plummeted.

In 2010, Son Ye Jin collaborated with Lee Min Ho on the Personal Taste project. The two cult stars of the Korean entertainment industry once made netizens stir up before this expected collaboration.

However, this is a failed project of Son Ye Jin. The film has a poor rating, the chemical reaction between her and Lee Min Ho is also criticized for being fragmentary and unconvincing. The film is completely outdone by the heat of blockbusters airing at the same time as “Iris”, or “Cinderella Sister”.

Once dubbed the “Romantic Comedy Queen” of the Korean small screen, Park Min Young has recently made her fans extremely disappointed with her roles.

The movie Love and Weather Forecast in collaboration with Song Kang is proof of that. The audience thinks that Park Min Young is still loyal to the office shape with a bright shirt. Even her makeup and hairstyle are said to be unchanged for many years, beautiful but too safe to fade. Truly a “forgettable” role in Park Min Young’s career.

However, we cannot deny the influence and acting ability of the three beauties above. Let’s look forward to the re-appearances of Song Hye Kyo, Son Ye Jin, and other Korean actors shortly. 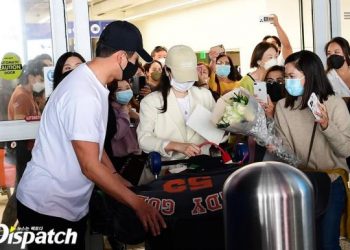 Hyun Bin and Son Ye-Jin: took a controversial action when they spotted a follower on there honeymoon Son Ye Jin May Be pregnant with the first child? 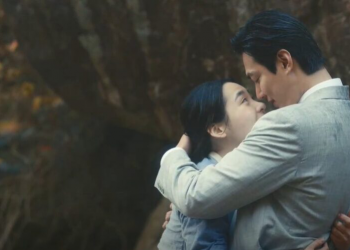 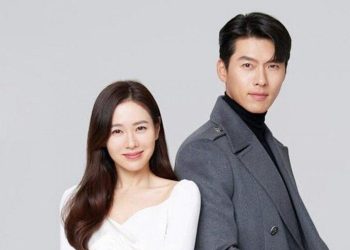