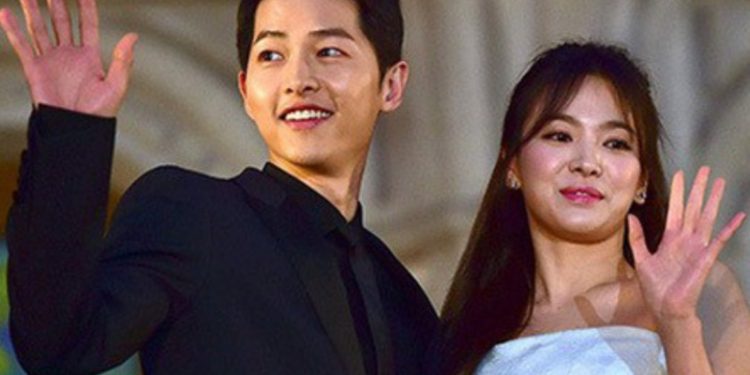 Song Hye Kyo’s sharing about family and children in the past made the public love and sympathize with her more.

As a wall of Korean beauty and acting, Song Hye Kyo is always sought after by many film crews and brands. Her upcoming movie – The Glory co-starring Lee Do Hyun received high expectations from the audience.

Before The Glory was released, a lot of information about Song Hye Kyo’s past was dug up. In it, the sharing about the problem of children of the beauties Song has just been passed on by netizens.

Accordingly, in an interview more than 16 years ago, Song Hye Kyo hoped that she would have a happy family and full of laughter. The beauty surnamed Song revealed that she plans to give birth to 3 children for fun.

Besides, Hye Kyo also expressed her desire to meet a half who can sympathize with her work. The beauty surnamed Song said she did not ask for the appearance of her partner.

Hye Kyo’s sharing after being dug back has received much sympathy from the audience. Many people feel sorry for Hye Kyo when she is still alone despite being over 40 years old.

See more at: Revealing the image of Jeon Yeo Bin and Ahn Hyo Seop, netizens turned the car to take care of this actor

Besides, the public also recalled some of Song Hye Kyo’s sharing when she was Song Joong Ki‘s wife. Accordingly, the actress once thought of putting off work to give birth to Song Joong Ki’s child, but failed. This proves that the beauty of the Song family is serious about children.

The audience hopes that Song Hye Kyo will soon fulfill her wish – have a happy family and lovely children. Because, after many efforts from childhood to the present and the broken times in love with Hyun Bin or Lee Byung Hun, she deserves to be happy.

About the project The Glory that she participated in, this is the first movie Hye Kyo plays a villain during her acting career. Hopefully, the actress will perform well and soon regain the form of the previous “rating queen”.