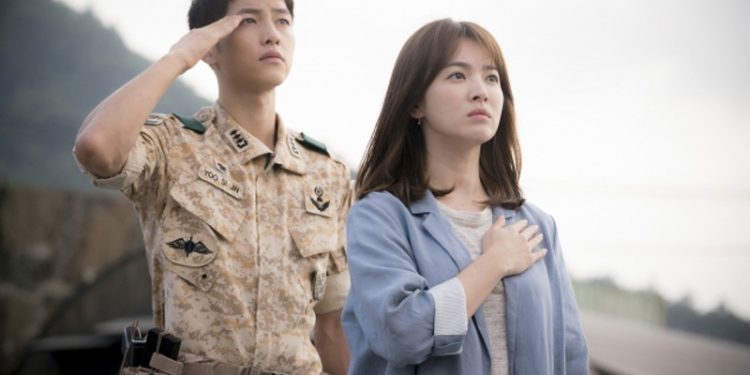 Before Song Joong Ki, this is the actor who was invited to play with Song Hye Kyo in Descendants of the Sun.

Descendants of the Sun have become a famous phenomenon throughout Asia. The film also created a special relationship for the main couple Song – Song.

But Song Joong Ki is not the first to be chosen as the male lead. Previously, the crew invited Gong Yoo to play the role of Yoo Shi Jin.

However, the actor refused because he wanted to focus on cinema. That same year, Gong Yoo was also very successful with Train To Busan . Therefore, it is understandable that he did not join Descendants of the Sun.

After Gong Yoo, actors like Won Bin and Jo In Sung were also considered for the male lead role. In the end, the crew decided to choose Song Joong Ki to play Yoo Shi Jin.

Gong Yoo’s head shake created an opportunity to bond for the Song – Song couple. The two fell in love from Descendants of the Sun and quickly faked their true love.

Their relationship progressed very well, then even to marriage. But the joy was short-lived, the couple “fairy copper pearls” suddenly broke up after 2 years of marriage.

This news shocked the audience. People also made many speculations about their divorce.

Currently, Song Joong Ki and Song Hye Kyo both have their own lives. However, the actor’s career is somewhat “better” than his ex-wife.

Song Joong Ki ranked 4th in the list of top Korean stars with the highest income in 2021. He is also often involved in rumors of love with female co-stars. However, the actor chose to remain silent about speculations about his private life.

Maybe things would be different if Gong Yoo nodded to play Descendants of the Sun. At that time, the person who matched Song Hye Kyo was not Song Joong Ki. The audience is not sure to see a beautiful wedding like a fairy.

However, the couple Song – Song had a chance to meet, fall in love and get married. When their fate ended, they decided to stop and give each other their own path.