Under The Queen Umbrella Kim Hye soo, isn’t this why casting a one-top actor even though it’s expensive? 10 hours ago
Top 10 most handsome Korean actors: YoonA’s lover takes the lead, Song Joong Ki “disappears” 10 hours ago
Jung Hae In keeps his distance from his female co-star after “break up” with Jisoo (BLACKPINK) 11 hours ago
Curtain Call Ha Ji-won – Kwon Sang-woo, unusual air current “great change of heart” 11 hours ago
Cheer up Han Ji-Hyun And Bae In-hyuk, a romance that gained momentum 12 hours ago
Lee Jong Suk planted a bomb to threaten senior Kim Rae Won in the trailer of The Volume of Destruction 1 day ago
Song Hye Kyo And Son Ye Jin were once embarrassed just because of a saying of this 1 day ago
Song Joong Ki reveals his old beauty, far different from when he played in Reborn Rich 1 day ago
Kim Hae-sook and Kim Hye-soo have a blow of conversion. 1 day ago
Song Hye-Kyo cheered, and Dindin apologized 2nd time. We cried together when advancing to the Korean round of 16 2 days ago

The 58th Baeksang Arts Awards has announced the nominees for the TV/Movie/Play category.

On the 11th, the Secretariat of the Baeksang Arts Awards opened the official website and announced the finalists for each category, which have been active in the TV, film, and theater sectors for the past year.

With the diversification of OTT (Online Video Streaming Service) platforms and content, the TV sector was selected after a more fierce battle than ever before.

The candidates were chosen among dramas, shows, and films that aired or were released between April 12, 2021, and March 31, 2022. 60 industry experts, which is 20 more than last year, were surveyed ahead of the final nominations.

Check out the final candidates from this past year’s TV and film below: “Miss Rookie” Baeksang 2022: The heir of the evil woman Kim So Yeon, beautiful but no longer acting as a murderer and turning into a sinister aristocrat 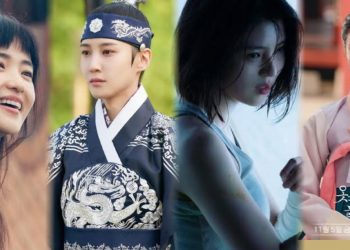