After ‘The youngest son of a conglomerate’ Will This drama Rewrite JBTC History Again? 43 mins ago
[ Breaking News] Lee Seung-gi sent a notice of contract termination to Hook today 1 day ago
Song Hye Kyo declares ‘will never forgive’, amid news of Song Joong Ki’s reunion 1 day ago
Controversy over passing Hyun Bin in Japan seems to be due to the role of Ahn Jung-Geun in Harbin 1 day ago
MAMA super red carpet day 2: J-Hope – Park Bo Gum is so handsome, Sohee is hot over the ice rink queen and A-list stars: Pictures 1 day ago
the youngest son of Conglomerate Ratings: This Drama Do something unprecedented in the history of Korean films 1 day ago
Revealing the Son of Hyun Bin and Son Ye Jin with the first series of photos? 1 day ago
Kwon Jin-young, CEO of Hook Entertainment Says She will take responsibility even if she will dispose of her personal property 2 days ago
Nam Ji-Hyun Next Project After The success of Little Women 2 days ago
New Father Hyun Bin was suddenly on his way to Mongolia as the image was posted before His wife Give Birth 3 days ago

What Good Data Corporation announced the Actor who became the most talked about drama The ranking of drama topics for the 3rd week of November has been announced.

According to the announcement, actor Song Joong-ki rose to the top of the ‘Top 10 Most Popular Drama Cast’ as JTBC’s ‘The youngest son of a conglomerate family. It is the first topical No. 1. Following Song Joong-ki, Kim Hye-soo (tvN’s ‘Shrup’) came in 2nd, Han Ji-Hyeon (SBS’s ‘Cheer Up’) in 3rd, Bae In-hyeok (SBS’s ‘Cheer Up’) in 4th, and Moon Sang-min (tvN’s ‘Shrup’) in 5th.

JTBC Friday-Saturday drama ‘Reborn Rich’ is a comeback work of actor Song Joong-ki, a fantasy in which secretary ‘Hyun-Woo Yoon’, who manages the owner risk of the family of the head of Sunyang Group, a leading domestic company, returns to ‘Jin Do-Jun’, the youngest son of a conglomerate family, and lives the second round of his life. It’s a drama. It is broadcast every Friday, Saturday, and Sunday at 10:30 PM.

‘The youngest son of a conglomerate family’ continues its popularity by breaking its own highest rating of 10.826% (provided by Nielsen Korea) in the third episode aired on the 20th.

Song Joong ki The Youngest Son Of Conglomerate captivated the world with Topping! #1 in over 50 countries 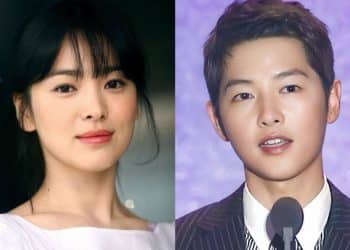 Song Joong Ki banned others from dating in front of him after breaking up with Song Hye Kyo?

the youngest son of Conglomerate Ratings: This Drama Do something unprecedented in the history of Korean films 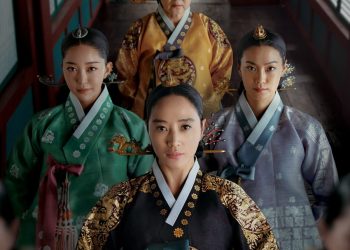