The New Upcoming drama ‘Season of Kkokdu‘ has been confirmed. On the 23rd, MBC’s new Friday-Saturday drama ‘Kokdu’s Season’ which will be directed by Baek Soo-chan and Kim Ji-hoon announced plans for the first broadcast in January 2023.

‘Season of Kkokdu‘ is a fantasy romance drama in which Kokdu, the god of death who comes down to this world every 99 years to punish humans, meets Han Han-jeol, a doctor with mysterious abilities, and works as a visiting doctor. After confirming the schedule for January, we are running toward the first broadcast.

Previously, news of the casting of actors Kim Jeong-Hyeon (Kokdu) and Lim Soo-Hyang (Han Gye-jeol), actors with solid acting skills, thrilled the drama fans. The transcendental love story between Kim Jeong-Hyeon, who plays Kokdu, the one and only god of the underworld, and Lim Soo-Hyang, who plays Han Han-jeol, a talented doctor who does not follow signs, is eagerly awaited.

Here, the limited express lineup of Kim Da-som (as Tae Jeong-won), Ahn Woo-Yeon (as Han-chul), Kim In-Kwon (as Ok-sin), and Cha Cheong-hwa (as Gak-sin), who are leaving a variety of footprints as actors, has been completed and is receiving enthusiastic responses. Dasom Kim will play the role of Tae Jeong-won, her best daughter, and Woo-Yeon Ahn will play the role of Im Soo-Hyang’s younger brother, Han-Cheol, a detective who cannot tolerate injustice. In addition, Kim In-Kwon plays the role of Ok-sin, the god of nunchi zero who helps Kkokdu, and Cha Cheong-hwa plays the role of Gak-sin, the god of nunchi.

Not only the actors but also the production team are gorgeous. Writers Kang Yi-heon and Heo Jun-woo, who wrote the drama ‘Bad Detective’ and received favorable reviews as a crime thriller, are planning to draw a different romance by teaming up once again. Above all, director Baek Soo-chan, who directed various dramas regardless of genres, such as ‘Alice’, ‘Beautiful Gong Shim’, and ‘The Girl Who Sees Smells, and director Kim Ji-hoon, who showed sensuous direction with ‘Check the Event’, joined hands to create a more dense work. announcing the birth of

The production team of ‘Kokdu’s Season’ said, “As all members inside and outside the set are continuing the filming with one mind, you can expect a fantastic synergy. Please show a lot of interest in the upcoming first broadcast.” 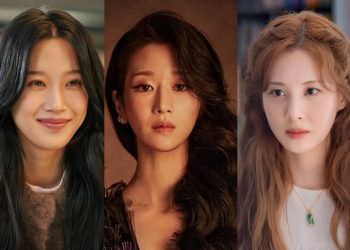 So Ji Sub girlfriend in a new drama: Stealing the co-star’s heart, revealing the fierceness of the Kdrama. 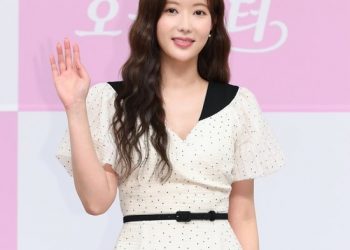