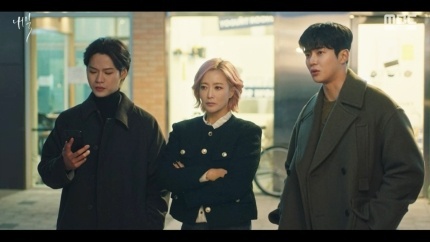 Tomorrow’s Kdrama Episode 7 Recap: ‘Weight loss obsession and workplace harassment are the main content of episode 7. After making viewers cry without tears in the previous episode, ” Tomorrow episode 7″ brings a relatively bright but equally poignant atmosphere when portraying the obsession with appearance and the pressure of being bullied by superiors, Crisis Management Team Finds a Suicide case in Spbeauty company while the arm-wrestling match between Rowoon and Yoon Ji-on from are raising interest

To find potential suicides, as the result of the virus infecting the Jumadeung system,  the crisis management team doesn’t have an app to use, so they couldn’t identify the potential suicide, and they have to search for the candidates. Those who were presumed to be candidates had the self-esteem that did not yield to the harsh words of their boss, and they had the tenacity to not get tired of parenting.

The person Gu-ryun finally found was Shin Ye-na. To the bewildered Jun-woong and Rung-gu, Gu-Ryun said, “Did you notice anything strange? She hasn’t eaten any steak but she said is sweet. She chopped it up and didn’t eat it, se just talked.”

Guryun said, “I don’t know how she get the scar on her hand,  it was strange, and she forcibly put her hand in her mouth, to vomit after eating.” however Choi Jun-woong wondered, “Why she’s so obsessed with a skinny body?” As Guryun had guessed, it was Shin Yena who was in danger.
Meanwhile, at home, Despite Shin Ye-Na’s bare-bones, she vomited from eating a small amount of food. God, I was tormented, she pleaded, “Save me,” she begged.

Meanwhile, Shin Ye-Na ask Goo-Ryun to post as their model because their model could not make it to the event, Goo-Ryun agree to be their model under the condition of Shin Ye-Na buying her food after the event. when the event was completed, the boss forced a dinner party. Seeing Yena suffering at a dinner party, Guryun watched, saying, “If something should happen to Ye-Na, it will probably be today.”

While at the dinner party Ye-Na imagine her colleagues talking about her and was confused that she eventually ran out of the hotel, she went house and turned on the gas tank she had prepared in advance and was about to die when Choi Jun-woong went after her and managed to save her.

After that, in the hospital Junwoong Choi asked her, “Why are you obsessed with being skinny?”  then She replied by saying, “Ordinary people like you would not understand.” Shin Ye-Na was bullied to the extent that she tried to make extreme choices because of her fat physique, and after that, even though she lost her weight to die, she was hurt by the words of others, who she did not know whether it was a compliment or a criticism. having received Especially when she’s a rookie, she says, “It’s like she’s locked up in a prison from which she can’t get out.” I hate who I am now”, “I have lived my whole life being cut by others. It’s because she’s fat, she’s locked up in a prison built by other people and can’t get out,” she said, breaking the hearts of viewers with tears. Choi Jun-woong received encouragement from Gu-ryun, saying, “You start this, then finish it yourself.”

Afterward, Jun-woong faced Shin Ye-na alone and formed a consensus by telling the story of his younger sister, who had a hard time resisting the sharp gazes of people as she rapidly gained weight in preparation for the entrance exam. Junwoong continued, “The people who built and locked the prison might be the people who hurt them. But maybe it’s you who locked the door? Don’t try to keep the body you don’t want. You have to cherish and love your body,” he said, stroking her wounds with a warm heart. As if freed from the prison she had put in, the newcomer who exploded her tear glands made even the viewers cry. Not only that, she smiled at the rewarding words, “My standard of satisfaction is myself,” and the Ye-Na ‘tomorrow’, who started to change, was drawn, giving her a sense of touch.
Thanks To Choi Jun-Woong’s effort Shin Ye-Na Depression level has dropped and she started leaving a normal life.

Rowoon’s (Choi Jun-Woong) warm and sincere words saved the person being managed who was in a crisis of extreme choice. The weight of a single word that can change a person’s life or death gave a heartwarming impression. Jun-Woon is a cool rookie. 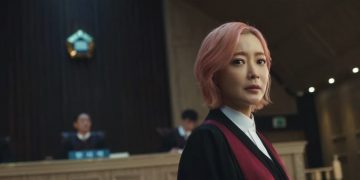 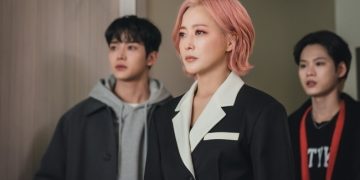 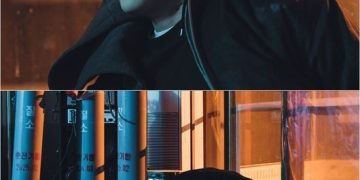