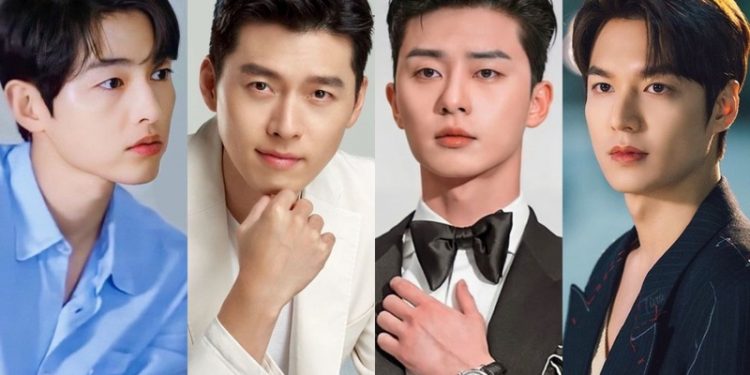 In addition to Hyun Bin, and Park Seo Joon, in the top 10 votes, there was also the participation of Lee Min Ho, Gong Yoo…

Recently, All About – a website in Japan held a vote on “The most favorite actor in Netflix’s Korean dramas”, appearing in the top 10 are all familiar names like Song Joong. Ki, Gong Yoo, Hyun Bin …

Surely many people will be surprised when Park Seo Joon can surpass a series of other formidable names such as Lee Min Ho, Song Joong Ki, Gong Yoo, or Hyun Bin to take the top spot.

But in fact, the actor Park’s surname is very popular with Japanese audiences, and the films he has participated in before, typically What’s Wrong With Secretary Kim… all resonated greatly in the land of the Rising Sun.

Even the Itaewon Class series was bought by Japan for the remake rights, which is enough to understand why Park Seo Joon has the upper hand in this vote.

Hyun Bin ranked 2nd in the whole group and only lost to Park Seo Joon.

When it comes to the relationship between Hyun Bin and Netflix, it will be the blockbuster Crash Landing On You. Although her husband Son Ye Jin was once famous in Asia thanks to the success of Secret Garden, the popularity only really exploded at the highest level when he transformed into a North officer. North Korea in Landing On You.

In addition to the veterans in the profession, the top 10 votes also included the participation of young actors, including Nam Joo Hyuk, Song Kang , Cha Eun Woo, and Park Bo Gum.

Nam Joo Hyuk has been quite active in recent years. not a professional actor, so when he first entered the profession, he had to suffer a lot of criticism from the audience, for example, acting dumb, acting bad, gong, face paralyzed… but through the latest series Twenty Five, Twenty One, he must have made many people change their prejudices about him.