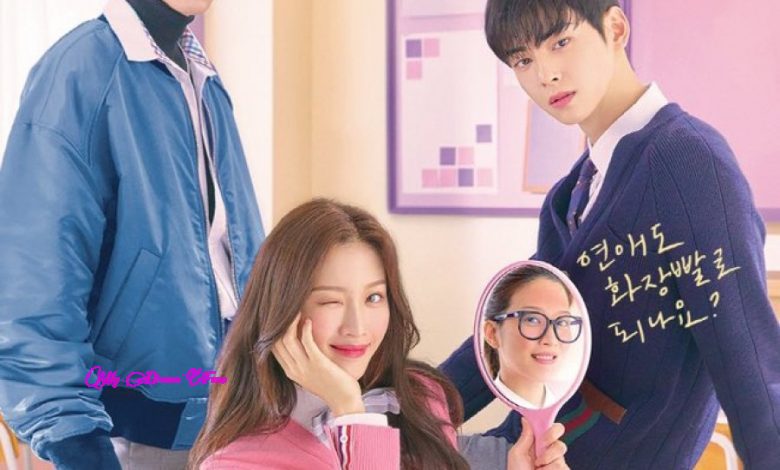 Moon Ga-young and Cha Eun-woo have excited viewers with their first encounter since the first broadcast Of True Beauty marking the beginning of a refreshing one-top romantic comedy.

Moon Ga-young and Cha Eun-woo, who play their characters 200 per cent, instantly captivated viewers by exploring synergy with their acting skills, sensuous production and chemistry that makes their hearts pound.

In the first episode, the scene of Lim Joo-Kyung (Moon Ga-young), who overcame her appearance complex with makeup, and the meeting between Joo-Kyung and Lee Soo-ho (Cha Eun-woo), who began to be entangled in a series of coincidences, raised interest.
The show began with a bright look of Joo Kyung, who is estranged by her friends due to her appearance but does not lose positive energy. However, after being kicked and teased by his unrequited brother, she became frustrated and went up to the rooftop to find out that all of this was due to her appearance.
And at that moment, the dizzying first encounter with Suho on the rooftop caught the eye.
Su-ho fell by pulling the wrist of Joo-Kyung standing on the railing, and the two close-up shots of the two soon enough to foretell the spectacular relationship in the future.

Since then, Joo Kyung’s makeover has begun, raising interest. Just in time, Ju-Kyung, who was transferred to another school due to a sudden move, began to work on her makeup skills, dreaming of a new life.
Meanwhile, Joo Kyung and Su Ho’s appearance, which marked the beginning of a tough relationship through a series of accidental meetings, raised interest.

Ju-Kyung, who could not see Su-ho from the rooftop because she did not have glasses, had her first meeting with Su-ho at school.

At that time, Joo-Kyung, who was walking behind Su-ho, suddenly stopped and hit her face on the back, and when she saw the jacket with the remaining face stamp,

Su-ho threw the jacket at Ju-Kyung and shocked her. As a result, attention was drawn to what kind of relationship the bad relationship between the two, which began to creak from the first meeting, would lead to.

As such, “Moon Ga Young” has attracted viewers’ attention since the first episode, raising questions about the next episode.
Above all, Moon Ga-young and Cha Eun-woo, who were perfectly synchronized with their characters, shone. Moon Ga-young started the birth of the new romantic comedy queen with her hard-carrying performance, which perfectly captures her sad acting due to her appearance complex, acting as a cute bunch, and changing her appearance in a more lovely and positive way.
Expectations are soaring for a romantic comedy that will be more exciting to portray in the future.
“True Beauty” is a romantic comedy based on a popular webtoon of the same name that Joo-Kyung, who had a complex about her appearance, became a goddess through “makeup,” and Su-ho, who has a scar, meets and grows up by sharing secrets.

According to Nielsen Korea, the first episode of the drama recorded average nationwide ratings of 3.573 percent, with a peak of 3.8 percent.