Under The Queen Umbrella Kim Hye soo, isn’t this why casting a one-top actor even though it’s expensive? 11 hours ago
Top 10 most handsome Korean actors: YoonA’s lover takes the lead, Song Joong Ki “disappears” 11 hours ago
Jung Hae In keeps his distance from his female co-star after “break up” with Jisoo (BLACKPINK) 11 hours ago
Curtain Call Ha Ji-won – Kwon Sang-woo, unusual air current “great change of heart” 12 hours ago
Cheer up Han Ji-Hyun And Bae In-hyuk, a romance that gained momentum 12 hours ago
Lee Jong Suk planted a bomb to threaten senior Kim Rae Won in the trailer of The Volume of Destruction 1 day ago
Song Hye Kyo And Son Ye Jin were once embarrassed just because of a saying of this 1 day ago
Song Joong Ki reveals his old beauty, far different from when he played in Reborn Rich 2 days ago
Kim Hae-sook and Kim Hye-soo have a blow of conversion. 2 days ago
Song Hye-Kyo cheered, and Dindin apologized 2nd time. We cried together when advancing to the Korean round of 16 2 days ago

In the upcoming episode 11 of Twenty-five Twenty-one We likely see the reason why the Adult Na Hee-Do could not remember the memory of her Group Trip In the summer of 1999, the place was in the sea off Pohang.

Meanwhile, One summer day in 2022. Hee-Do daughter Kim Min-chae (Choi Myung-bin) begs her in the car to go on a trip, too!” answers Na Hee-do (Kim So-Hyun), a 41-year-old mother.”Where are you going in this (corona) situation!” answers Min-chae uncluttered.”You’ve gone to the beach with your friends in high school. I saw a picture in your album,” Na Hee-do is dumbfounded. And seem not to remember.

Kim Min-chae grumbles.”After taking all the pictures as if they were forever!” Na Hee-do says with a keen eye.”There’s no eternity. Everything’s only last for a moment and it’s all going on, and That doesn’t mean it’s a bad thing.”

In the 10th episode of “Twenty-five, Twenty-one,” the summer of 1999 was a time when Na Hee-do have fragment memory. Or maybe it’s time Na Hee-do squashed and turned away being the only school trip in her life or It was only a fragment of time in the years, which was stuffed in an old photo album.

I guess it’s because of Baek Yi-jin who, confessed his love to Na Hee-do while looking at the 41-year-old Na Hee-do is not next to Baek Yi-jin. The love eventually failed and viewers who cheered the two for the 10th episode can’t help but wonder why they were incomplete.
What’s the fiction behind their love story, like the lyrics of a popular song, “Leaving behind a lonely memory like a broken wave?”

First, The principle of reporters is not to get too close or too far from the target, being too close, may result in losing the fairness of their article, and if it is too far, you will not get a story to be covered.
If this is the reason, the drama has already spread a lot of rice cakes. That’s why Heedo’s teacher her mother Shin Jae-Kyung went from friend to foe, and it was once again mentioned when Baek Ye-jin chased Hee-Do referee to the airport for an interview.

Yang Chan-mi confirmed Na Hee-do’s close relationship with Baek Yi-jin, stressing that he should not get close to her, while Shin Jae-Kyung also forced baek Ye-jin to leave the sports bureau because he is too close to Hee-do.

What happened when Baek was in his third year as a 25-year-old journalist and the spirit of reporter, who was awakened by the joy, may have hurt Na Hee-do, who is 21 years old, irrevocably. Like Shin Jae-Kyung who hurt Yang Chan-mi, And Heedo may not have been able to forgive the fact as Yang Chan-mi did.

And those experiences may have led Na Hee-do to advise her daughter that nothing lasts forever and everything goes on for a while.

But did you also think Hee Do doesn’t even remember? She could not do that.” However, Whether Na Hee-do remembers or not, the summer sea was beautiful that year. Ko Yu-rim put down her good daughter complex for a while and enjoyed her life with peers, while Ji-Woong, who loves beauty, opened his eyes to the beauty of men through Ye Jin. Even Seung-wan, a social critic who is cynical about the world, met Yejin’s little brother Lee Jin-Hyun (Choi Min-young), a fan of her Radio broadcasting, and instilled a pink wish in a four-year-old younger man. Heedo was so happy to have Yejin, and ye jin also couldn’t take his eyes off Heedo.

Beautiful and shining times that cannot be stuffed are not up to the characters alone. The drama “Twenty-five Twenty-one” Episode 11 is likely to summon viewers from their photo albums even during their prime.
SOURCE 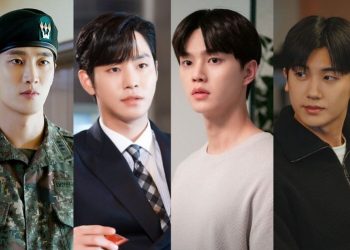 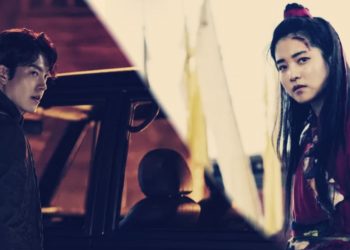